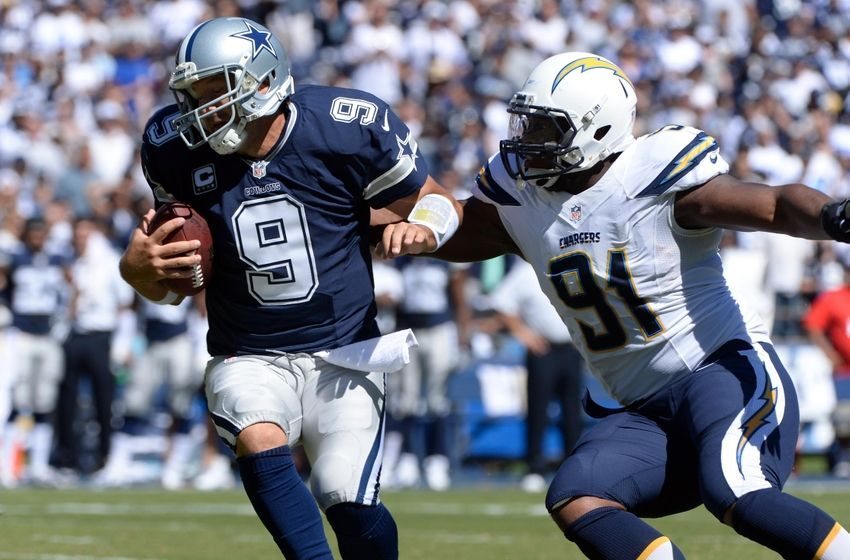 In what is already described an extremely suspect defense, the Cowboys’ stop unit has suffered additional attrition as defensive end Demarcus Lawrence is expected to miss 8-10 weeks with a broken foot and cornerback Morris Claiborne is sitting out the preseason opener with a knee injury. Even more concerning is the fact that middle linebacker Sean Lee suffered a torn ACL in OTAs, thereby leaving first-year defensive coordinator Rod Marinelli with very little to work with.

Additional good news for San Diego investors is the fact that Tony Romo is not going to play tonight, thereby leaving the majority of the work to backups Brandon Weeden, Caleb Hanie and Dustin Vaughan. “We’ve talked about it a little bit, and we’re going to be smart,” Romo said. “Most likely I’ll probably sit out the San Diego game and play in Game #2 and go from there.”

The Chargers enter tonight’s game with a far superior (and more experienced) quarterback rotation in Philip Rivers, Kellen Clemens and Brad Sorensen. Getting an established veteran like Clemens to back up Philips was a prudent decision by San Diego’s management. I also like the fact that San Diego returns all five starters from last year’s offensive line, together with three backups who have started in the past.

Forcing turnovers has been a focal point all offseason for the Chargers under defensive coordinator John Pagano. In fact, “Turnovers Disrupt” are two words emblazoned on the back of the t-shirts Pagano distributed to every player on defense. “I want to see guys flying around with unbelievable effort,” Pagano said. “I want to see tackling and turnovers. And then I want to see us getting off the field on third down. That may be the most important thing. Anytime we can do those things and take over the game with technique, fundamentals and effort, we’ll have the ability to play together and that’s what it’s all about.”

More importantly, the competition at cornerback and linebacker has been extremely fierce throughout training camp, which means that we will see a lot of focus and energy from these two units (starters and backups) for the entire four quarters of the game. Take San Diego and invest with confidence.