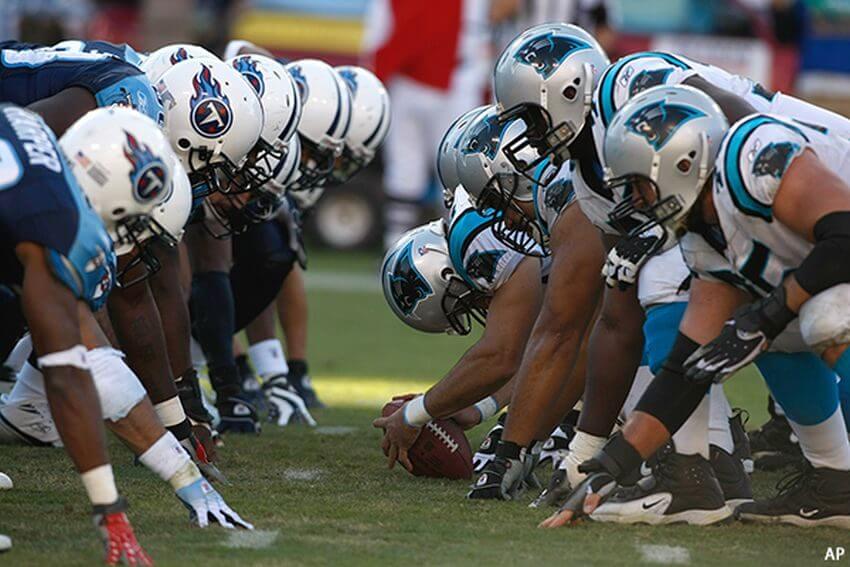 Oskeim Sports provides the best NFL Picks in the industry.  In fact, since establishing Oskeim Sports in 2007, Jeff has earned 32 awards from The Sports Monitor and Handicappers Watchdog.  Oskeim’s NFL Picks have consistently outperformed the investment industry.

Analysis: Week Two of the NFL Preseason has arrived and the Titans host the Panthers Saturday afternoon in what should be a very competitive contest.  The big news involving this game is that Carolina starting quarterback Cam Newton will not play.  This decision was reached after Newton had his surgically repaired shoulder re-evaluated on Friday.

This decision was reached after Newton had his surgically repaired shoulder re-evaluated on Friday.  Newton has surgery in March to repair a partially torn rotator cuff.  Backup quarterback Derek Anderson will start against the Titans, followed by Joe Webb and Garrett Gilbert.

Meanwhile, Tennessee fans are excited to see DeMarco Murray make his preseason debut this afternoon after being limited with a hamstring injury sustained on August 2.  Reports indicate that Murray was not limited at practice this week and, in fact, looked 100% healthy.  “I am better now, and it’s great to be back,” Murray said.  “I’m working hard and I’m ready to go.”

“I am better now, and it’s great to be back,” Murray said.  “I’m working hard and I’m ready to go.”  Having both Murray and Derrick Henry in the backfield together for the first time provides the Titans with an explosive ground attack.  While the Titans’ running backs are healthy, they will be missing

While the Titans’ running backs are healthy, they will be missing starting wide receiver Eric Decker, who twisted his ankle during one-on-one drills in Wednesday’s practice.  Fellow wide receiver Corey Davis remains sidelined with a hamstring injury.

Carolina fans can expect a focused effort from their team’s offensive unit after head coach Ron Rivera called the offense “terrible” following Thursday’s joint practice with the Titans.  In its 27-17 win over Houston in Week One, Carolina quarterback Derek Anderson passed for 76 yards and a touchdown before giving way to Joe Webb, who had 128 passing yards and a pair of touchdowns.

Carolina’s offense will be challenged by a stout Tennessee stop unit that limited the Jets to 7 points in Week One.  That defensive effort included two sacks, a fumble recovery and ten tackles for a loss.  Tennessee’s front seven also limited the Jets’ to just 1.8 yards on 31 carries.

Tennessee head coach Mike Mularkey was not happy with his offensive line after they gave up eight sacks in Week One’s 7-3 loss to the Jets.  Marcus Mariota was sacked once while backup quarterback Alex Tanney was sacked seven times!

From a technical standpoint, Carolina applies to a very good 27-9 ATS system that invests on certain preseason road teams with a line between +3 to -3 versus non-conference foes, provided our ‘play on’ team is coming off a double-digit home win.  However, the Titans fall into a 97-54-3 ATS preseason situation that contains a 57-13-1 ATS subset angle.

The Titans are also 8-1 ATS in their preseason home opener, whereas Carolina is 3-7 ATS in their last ten Week Two preseason affairs.  Be sure to visit Oskeim’s online store for specials on his award-winning NFL Picks. Start earning the second income you deserve with Oskeim’s NFL Picks this season!