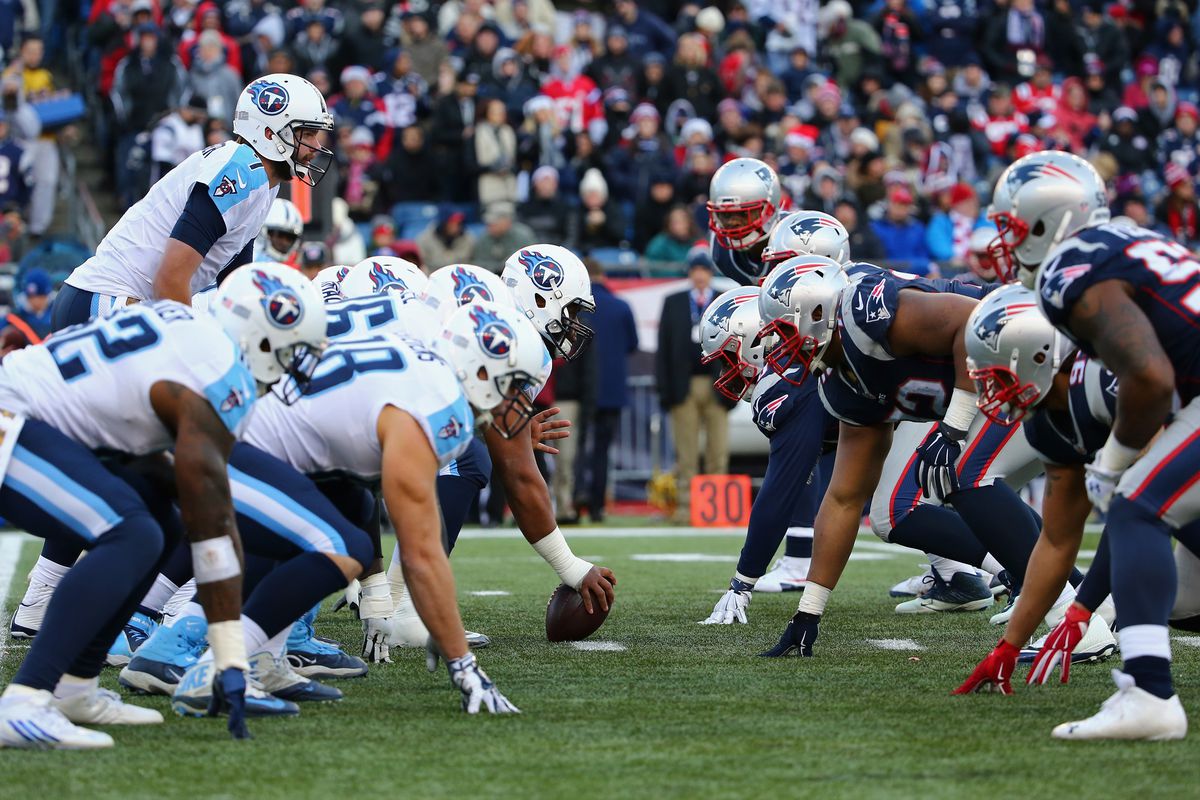 Tennessee pulled off an unlikely 22-21 upset over the Chiefs at Arrow Head Stadium last week and now travels for the second consecutive week to face the defending Super Bowl champions. The Titans are a profitable 7-1 ATS in their last eight games versus .501 or greater opposition and have covered the point spread in each of their last four games overall.

Tennessee’s powerful ground attack behind former Heisman Trophy winner Derrick Henry gives the Titans a legitimate chance to leave Foxborough with a win.  While many football fans may not be aware of it, the Titans’ ground game is significantly more productive with DeMarco Murray sidelined with an injury.

Henry gashed the Chiefs for 191 yards from scrimmage on 25 touches should have similar success against New England’s 30th-ranked run defense (despite facing the third-easiest schedule of run games).  Henry owns a 48 percent success rate from the line of scrimmage (15th in the league), whereas Murray had a 39 percent success rate (43rd among 47 backs).

I really like the fact that Henry averaged 3.8 yards after first contact against the Chiefs, giving the double-digit Titans with a realistic chance of keeping this game close throughout.  Together with controlling time of possession with Henry, the Titans need to rely on Mariota’s legs to extend drives.

However, the Patriots allowed ten pass completions in the second half of the regular season on throws traveling more than 15 yards past the line of scrimmage, which is eight fewer than any Patriots’ team has allowed since 2006.  This game will come down to the legs of both Henry and Mariota, together with turnovers.

New England has a 143-15 regular-season record in Bill Belichick’s coaching tenure when it has a positive turnover differential.  The Titans finished the regular season with a minus-4 turnover differential, while New England had just 12 giveaways during the regular season, the third-lowest of the Tom Brady era.  Consider the fact that the Patriots were 2-1 this season in games in which it lost the turnover battle!

The advantage New England has in this game, outside of playing at home, is its N0. 1 rated aerial attack against the Titans’ 24th-ranked pass defense.  Tennessee ranks 25th in pass yardage allowed this season, including a league-high 157 passing yards per game on throws ten yards downfield or shorter.

The Titans’ defense has allowed opposing quarterbacks to complete more than two-thirds of their short pass attempts and allowed the most short-pass touchdowns in the league (20).  Tennessee had three regular-season road wins but those victories came against DeShone Kizer, Jacoby Brissett and Blake Bortles.

Against DeShaun Watson, Jimmy Garoppolo and Ben Roethlisberger, the Titans’ secondary allowed a combined nine touchdown passes with one interception and a 114.9 passer rating.  Brady should have similar success in Saturday’s game and I expect the Patriots to control the clock with short passes.  Tennessee is among the bottom three in the NFL in defending receiving running backs so Dion Lewis is poised for a big game.