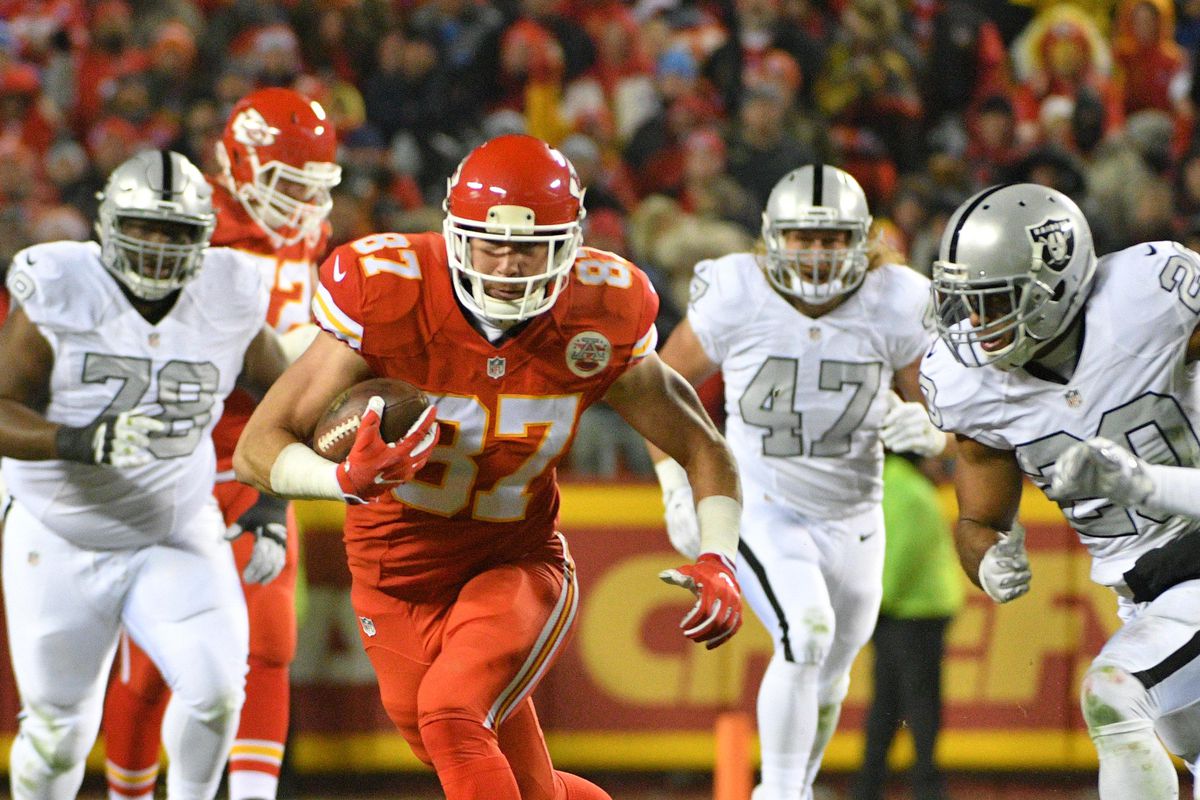 Oskeim Sports shares one of his NFL picks for Sunday, December 10.  Oskeim’s award-winning NFL picks have generated a substantial profit over the last 10+ years.

By all appearances, the wheels have fallen off Kansas City’s wagon. After starting the 2017-18 campaign with five consecutive wins, the Chiefs have lost four straight and six of their last 7 games overall. Kansas City has also victimized bettors during their drastic downturn, failing to cover the point spread in six of its 7 games overall.

In its most recent loss, Kansas City yielded 38 points and nearly 500 total yards to Josh McCown and the Jets! However, my metrics indicate that the Chiefs had the best performance of any team in the NFL last Sunday. Kansas City averaged an incredible 10.3 yards per play against the Jets and finished with an offensive efficiency rating of 54 percent.

Based on the numbers (and discounting variance), the Chiefs should have won last week’s game by double-digits. However, variance played a significant role in Kansas City’s seven-point defeat. First, the Chiefs were 3-of-9 on 3rd/4th downs, whereas the Jets were 14-of-21 on 3rd/4th down.

That variance alone allowed the Jets to control the ball and dominate time of possession. Interestingly, NFL teams that controlled the ball for less than nineteen minutes in their previous game are 52-32-1 ATS.

Variance also played a significant role in the team’s respective trips inside the red zone. The Jets scored touchdowns on four of their 5 trips inside the 20-yard-line, whereas Kansas City settled for field goal attempts in its two red zone possessions. Another indicator of the Chiefs’ domination in last week’s loss is the fact that they outgained New York by 4.6 yards per play . . .on the road.

Indeed, Smith led an offense that averaged 10.3 yards per play within a game plan that employed a 76% pass rate. NFL teams like Kansas City that threw for at least four touchdowns in their previous game are 211-175-7 ATS.

The Chiefs’ revived offense should continue its success against a porous Oakland defense that is allowing 5.8 yards per play to teams that would combine to average just 5.4 yards per play against a mediocre stop unit.

The Raiders are 2-3 SU and 1-3 ATS away from home this season where they are yielding 369 total yards at 6.0 yards per play. Kansas City’s attack still rates 0.9 yards per play better than average (6.5 yards per play against teams that would combine to allow 5.6 yards per play to a mediocre offense) despite its struggles over the last 4-5 weeks.

Smith should easily exploit an Oakland secondary that is allowing 7.0 yards per pass play, which is 29th in the league.

Finally, the Chiefs are a perfect 7-0 ATS since October 16, 2016 versus divisional opponents that average 35+ pass attempts per game.  Lay the number with Kansas City as one of Oskeim Sports’ NFL picks for Sunday, December 10.