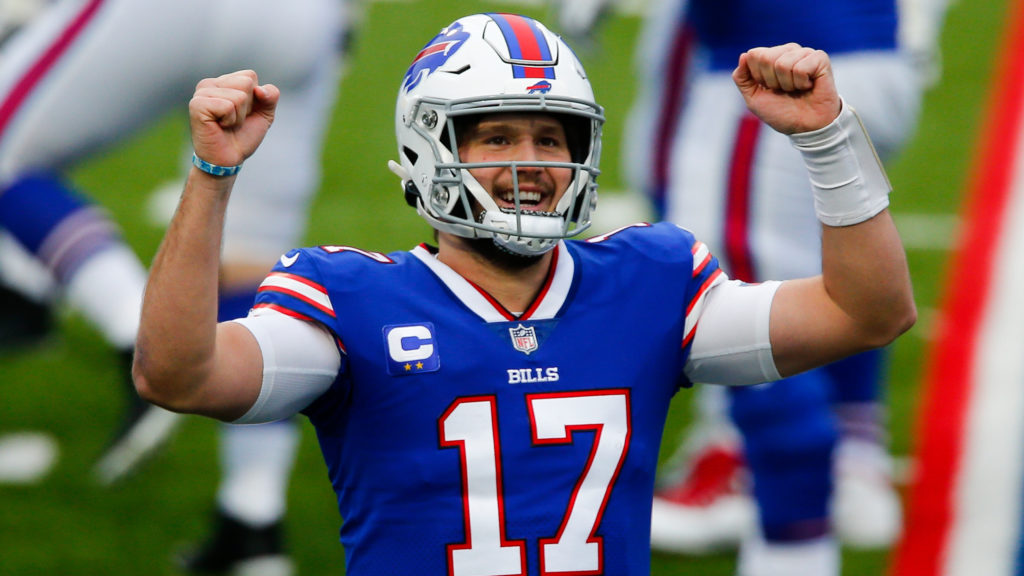 The 2021 NFL Draft is quickly approaching and that means that the NFL season is going to be here before we know it. One of the biggest bets to make before the season begins is who the Most Valuable Player will be and it can lead to big paydays for bettors.

In 2020, we saw Green Bay Packers quarterback Aaron Rodgers go home with the MVP award. Rodgers’ odds to win the award back in April of 2020 were +2500. At the same time, 2019 MVP Lamar Jackson was the favorite to repeat. To make sure you know who to put your money on, here are the top five betting favorites to win the 2021 NFL MVP Award.

After an incredible playoff run and eventual Super Bowl win, Tampa Bay quarterback Tom Brady enters the new season as the player with the fifth-best odds to win the MVP award in 2021, according to VegasInsider.com. Brady, who will enter his second season with the Bucs and his 19th in the NFL, will get the majority of his supporting cast back for another run at the Lombardi Trophy.

Brady and the Bucs halted the Kansas City Chiefs’ bid to become the first team to repeat as Super Bowl Champions since the Brady-led New England Patriots. With the Bucs retaining their supporting talent, Brady should be able to have yet another successful run with Tampa Bay in 2021. Could Brady become the first player to win multiple MVP awards over the age of 40? Don’t bet against Brady.

One of the more surprising names on this list, VegasInsider.com currently has Cardinals quarterback Kyler Murray listed with the fourth-best odds to win the MVP award in 2021. Murray enjoyed a fairly successful second season in the NFL, mainly thanks to the offseason acquisition of wide receiver DeAndre Hopkins.

If the Cardinals continue to add talent around Murray, he can build on his 2020 season which saw him throw for nearly 4,000 yards and rush for almost 900. If he can repeat or beat those stats on top of getting the Cardinals deep into the playoffs, he could be a big sleeper pick to win the award at this point, making for a big payday.

VegasInsider.com’s third-best odds to win the 2021 NFL MVP award currently belong to one of the most polarizing young quarterbacks in the league, Buffalo’s Josh Allen. After some very inconsistent years early in his career, Allen saw a huge turnaround in 2020. Some of that turnaround can be attributed to the acquisition of wide receiver Stefon Diggs.

During his first two years, Allen threw for a combined 30 touchdowns and 21 interceptions. However, in 2020, he exploded for over 4,500 yards, 37 touchdowns, and only 10 interceptions. If he can continue to build on his progress, Allen could be primed for an MVP season in 2021.

The reigning NFL MVP isn’t even the favorite to win it in 2021, according to VegasInsider.com. Green Bay Packers quarterback Aaron Rodgers enters this season with the second-best odds to win the award for consecutive seasons. The 37-year old gunslinger had one of his best seasons to date, throwing for nearly 4,300 yards, 48 touchdowns, and only throwing five interceptions.

In fact, Rodgers hasn’t thrown for double-digit interceptions since 2010 and has only done so twice in his career. Rodgers shouldn’t be slept on as a repeat winner, though. His recent success, even without a quality supporting cast, is MVP-worthy on a weekly basis. The smart money may actually be on the repeat winner for the 2021 NFL MVP.

If any player in the NFL is due an MVP-caliber season, it’s Kansas City Chiefs quarterback Patrick Mahomes. After the Chiefs suffered a crushing defeat at the hands of Tom Brady and the Buccaneers, Mahomes may enter the 2021 season with a chip on his shoulder and something to prove.

According to VegasInsider.com, Mahomes currently has the best odds at +500 of being the 2021 NFL MVP. With the explosiveness of the Chiefs’ offense and the weapons Mahomes has at his side, he may be in the best position to win the award next season.