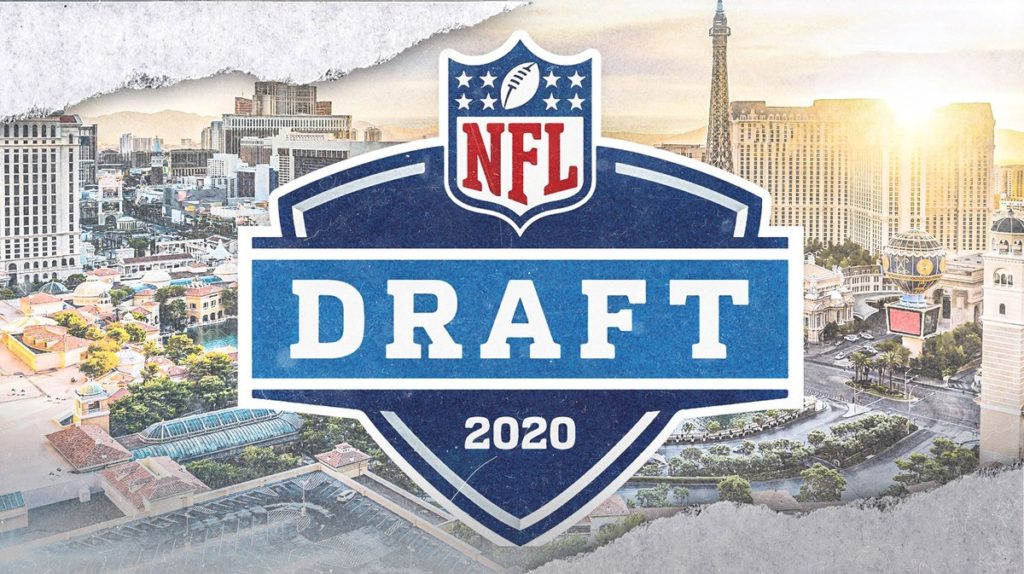 One sports event that will take place despite the recent COVID-19 scare is the 2020 NFL Draft. The league decided to go ahead with the draft as scheduled but did eliminate all public activities associated with it.

The NFL draft will begin in primetime on Thursday, April 23, and run through Saturday, April 25. It will still be held in Paradise, Nevada, but there will be no floating platform in front of the Bellagio’s fountain. Still, it goes on which allows us to take a look at a mock draft. Here’s what the first ten selections could look like.

1. Cincinnati: Joe Burrow QB
Is there really any question here? There’s no question in Vegas as Burrow’s odds to go first in the NFL draft sit at -2200.

The Bengals were moving on from Andy Dalton anyway and now they get a chance to draft the best quarterback in the draft. Burrow, the Heisman Trophy winner is an elite talent. He has the size, the arm, and, most importantly, the intelligence to be a great NFL quarterback.

Plus, he’s from Ohio. And, the Bengals placed the franchise tag on WR A.J. Green. The 6-foot-4, 220-pound Burrow could be the face of the franchise for a decade.

2. Washington: Chase Young DE
The Redskins might not be sold on last year’s first-round NFL draft pick QB Dwayne Haskins, but they will have Haskins, former starter Alex Smith, and Kyle Allen in camp. That means Washington can go defense in Round 1. The best player on the board is 6-5, 265-pound Ohio State defensive end Chase Young.

Young is big, fast and he led the nation last year with 16.5 sacks despite missing two games. Winner of the Bednarik, Hendricks, and Nagurski Awards last year, the Redskins get an elite edge rusher at No. 2.

Vegas odds for Young at No. 2 are -230 currently. An interesting bet at No. 2 is Alabama QB Tua Tagovailoa at +180. It’s possible a team trades up to select Tagovailoa here.

3. Detroit: Jeff Okudah CB
The Lions lost Darius Slay in free agency and are in desperate need of help at corner. Okudah fits the bill with a long frame, speed, and explosiveness. Slay ran 4.48 in the 40-yard dash at the combine and recorded a 41-inch vertical jump. He’s got good size at 6-1 and just over 200 pounds.

It should be noted that it’s possible the Lions trade down entertaining deals from teams like the Chargers and Dolphins which are both in need of a quarterback. If the deal is sweet enough, it’s possible Detroit moves out of this spot and still winds up getting their guy – Okudah.

4. NY Giants: Tristan Wirfs OL
The Giants drafted QB Daniel Jones in last year’s first-round and his development is coming along nicely. New York has the skill players to be very good on offense – WR Odell Beckham Jr. and RB Saquon Barkley – but need to build their offensive and defensive fronts.

OT Nate Solder will be a free agent after the 2020 season and the thought of replacing two offensive tackles is something GM Dave Gentilman doesn’t even want to think about. That makes drafting Wirfs the best choice.

Wirfs is probably the most athletic offensive tackle in the draft. He ran a 4.85 40-yard dash at 6-5 and 320 pounds. His vertical jump was 36.5 inches and he was the first offensive lineman ever to start as a true freshman for Iowa head coach Kirk Ferentz.

6. LA Chargers: Justin Herbert QB
There is also the possibility that Tagovailoa goes to the Chargers. Vegas puts the odds at +195 that Tua ends up with the Bolts. The more likely scenario though is head coach Anthony Lynn getting his guy in Herbert, the former Oregon quarterback.

7. Carolina: Isaiah Simmons LB
With the surprising retirement of Luke Kuechly, the Panthers attempt to replace him with former Clemson LB Simmons. He’s big, 6-4 and 238 pounds, and has good range. He will be tasked with slowing down the like of Drew Brees, Matt Ryan, and the newly acquired Tom Brady in the NFC South.

8. Arizona: Henry Ruggs WR
The Cardinals surprise everyone and get another weapon for QB Kyler Murray. Ruggs earned a huge payday when he ran 4.27 in the 40-yard dash at the NFL Combine. Bettors could earn a nice payday if Ruggs is the first wide receiver taken in the draft. Ruggs checks in at +700 to be the top receiver in the draft.

9. Jacksonville: Derrick Brown DT
The Jaguars get some serious value in Auburn’s Brown who can play inside as a tackle or on the edge as a defensive end. Brown is big (6-5, 325) yet nimble enough to make players from the edge. He was a finalist for the Bednarik Award and Outland Trophy last year after recording 55 tackles, 12.5 tackles for loss and four sacks.

10. Cleveland: Andrew Thomas OT
The last time the Browns selected an offensive lineman named Thomas in the first round, they ended up with a future Hall of Famer. Cleveland is hoping for the same from Andrew, the 6-5, 315-pound Georgia product.