NFL Draft Futures: Who Will Be the First Pick in the 2022 Draft? 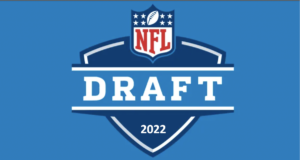 The 2022 NFL draft gets underway on Thursday, April 28, in Paradise, Nevada. The Las Vegas suburb was supposed to host the 2020 selection show, but the coronavirus pandemic forced that year’s draft to be held virtually.

This year, it all begins with the first pick held by the Jacksonville Jaguars who finished a league-worst 3-14. The Jags have a new head coach, former Super Bowl champion Doug Pederson, and will pick ahead of Detroit which finished 3-13-1. Houston, the New York Jets, and the New York Giants round out the top five overall picks.

In the past two seasons, quarterbacks were the focus of the draft. Last year, the top three picks were all signal-callers. This year, only one quarterback is among the top five favorites to go No. 1. The Jags actually got their quarterback last year drafting Trevor Lawrence with the top pick.

The Jags have plenty of needs, including one very vital position. Barring a trade then, who will the Jaguars select with the first pick?

It’s arguably the most important position in football after the quarterback. Teams with outstanding edge rushers are teams that make postseasons. Look at Super Bowl LVI for proof. The Rams sacked Cincinnati’s Joe Burrow nine times.

In this year’s draft, there are two outstanding edge rushers – Michigan’s Aidan Hutchinson and Oregon’s Kayvon Thibodeaux. Either could go first and both fit an immediate need for Jacksonville. Both players are at or near the top of almost everyone’s draft board and they are among the top five betting favorites to go No. 1.

Hutchinson is a 6-foot-6-inch, 270-pound ball of relentless energy. His father played defensive line at Michigan and the younger Hutchinson is even better than his old man. He has a great burst and can line up anywhere on the defensive line. He also has experience as a standup linebacker. That is why he is the overall favorite at +160 to be drafted first this year.

Thibodeaux is just as big at 6-5 and 280 pounds. He is a fluid athlete that can wreak havoc on opposing quarterbacks. He had to fight through some injury issues last season, but Thibodeaux is an amazing talent. Several NFL teams, including Jacksonville, are interested which is why he could be the first overall pick. Thibodeaux is listed at +250 to go first.

After quarterback and stud pass rusher, the next position franchises look for is either cornerback or offensive tackle. There are two of the latter worthy of the first pick this year. Eric Fisher was the last OT to go first overall to Kansas City and now Alabama’s Evan Neal has the chance to do the same.

Neal is huge at 6-7 and 350 pounds. As a run blocker, there is no question he is outstanding. He will need to hone his pass blocking skills at the next level, but several teams are sold on Neal’s ability. The Jags could use a solid left tackle to protect Lawrence’s back side. Neal is given +185 odds to be selected first.

The other offensive tackle high on everyone’s board is NC State’s Ikem Ekwonu. He is 6-4, which is a bit on the short side for an offensive tackle, but he is an amazing athlete. He comes from a family full of college athletes and it shows in his play on the field. He has great feet and excels in zone blocking schemes. At +550, he’s a bit of a longshot to go first overall.

There is one quarterback among the top favorites, but he is listed at +3300. That would be Pitt’s Kenny Pickett. He led the Panthers to an ACC title while throwing for 4,319 yards and 42 touchdowns. He is extremely confident and possesses the skills to be an NFL starter at some point.

The bigger question is who would draft him first. Jacksonville already has their franchise quarterback. It would take a major trade and a team sold on Pickett for him to go first overall.