How To Make Money Betting the 2020 NFL Draft 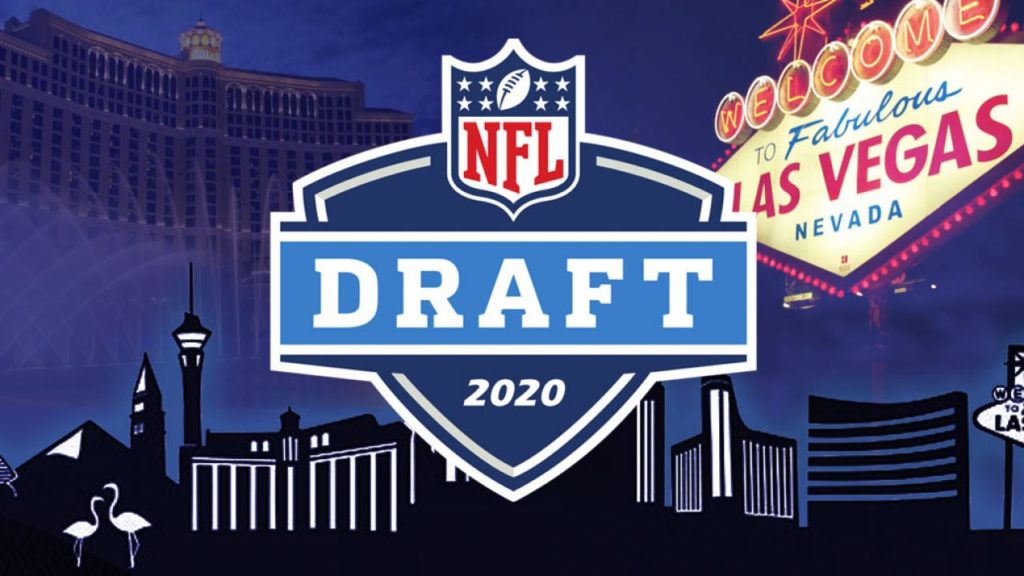 With the absence of so many sporting events due to the COVID-19 epidemic, bettors can take advantage of some serious action on the upcoming NFL draft. The annual event is set to start on Thursday, April 23, and continue through Saturday, April 25.

The NFL draft will be a bit different this year as initially, players were to be taken to the stage in front of the Bellagio Hotel in Las Vegas via boat. Players, of course, will not be in attendance this year, but bettors will have plenty of proposition bets from which to choose.

Total QBs in First Round

The OVER/UNDER on the number of quarterbacks selected in the first round of the NFL draft is set at four. The odds favor the OVER at -155. Odds that fewer than four quarterbacks are taken in Round 1 are +115.

There is little doubt that Heisman Trophy winner Joe Burrow of LSU will be the No. 1 overall pick. The Cincinnati Bengals appear ready to move on from Andy Dalton and select Burrow, who the Bengals believe will be their guy for the next decade.

After Burrow, former Alabama star Tua Tagovailoa could go as high as No. 2, but he will be gone by pick No. 10. The third quarterback in the mix is Oregon’s Justin Herbert who scouts love because he is 6-foot-6 and runs the 40-yard dash in 4.6.

The big question in the first round is Utah State’s Jordan Love. The lack of pro days this year likely hurt Love and his chances of being a lock for the first round. There may be a team willing to take a chance on the 6-4, 225-pound Love, but don’t count on it.

Total WRs in First Round

The big surprise in the first round of this year’s NFL draft could be at wide receiver where as many as eight have graded out as potential top picks. The OVER of 5.5 is favored at -255, but there is likely more value on the UNDER which is set at +160.

The receiver position is deep, but six going in Round 1 might be a stretch. There is no question that Oklahoma’s CeeDee Lamb and Alabama’s Jerry Jeudy are going somewhere in the first round.

Jeudy’s teammate Henry Ruggs III ran himself into the first round at the NFL Combine with a blistering 4.27 in the 40-yard dash. Teams in need of a receiver will find it hard to pass on Ruggs’ speed.

LSU’s Jordan Jefferson is a playmaker extraordinaire with the ability to play inside or out. After Jefferson though, there is some drop off. Clemson’s Tee Higgins is an intriguing prospect because of his 6-4 frame. Higgins led Clemson with 59 receptions for 1,167 yards and 13 touchdowns last season.

The other prospect that would not be a huge surprise if he was selected in Round 1 is Denzel Mims. The Baylor product is big at 6-3 and 207 pounds and ran a blazing fast 4.38 in the 40 at the combine. He won Texas state sprint titles as a high schooler and caught 66 balls for 1,020 yards and 12 touchdowns for the Bears last season.

Laviska Shenault (6-1, 227) of Colorado State and Brandon Aiyuk (6-0, 205) from Arizona State are both projected to be NFL starters within their first two seasons. Are they likely first-round picks? Probably not. Mims and Higgins are not expected to go in the first round either making a wager on the UNDER at +160 more attractive.

Total RBs in First Round

There just aren’t many running backs worthy of a first-round pick anymore. Every so often, there is a can’t-miss prospect like Todd Gurley, but in a game built around the pass, teams don’t like to spend a lot of money in the backfield.

The 2020 NFL draft class is not long on quality running backs as is evidenced by the OVER/UNDER which is set at 1.5. The odds are heavy on the UNDER at -700 and it is entirely possible that not a single running back is picked in Round 1.

The only two prospects that could make a wager on the OVER at +400 make sense are Jonathan Taylor of Wisconsin and Georgia’s D’Andre Swift. Both are more likely to be taken off the board in Round 2.

The 2020 draft is full of wide receiver prospects, but which one will go first? Lamb is the likely favorite along with Jeudy. Both have the best odds at +115. The value pick would be Ruggs. NFL teams love speed – remember when Cincinnati took John Ross at No. 9 in 2017? – and Ruggs has plenty of it. At +350 to go first, the Alabama product offers a nice payout.

The favorite is Tagovailoa at -550. Remember, he could go as high as No. 2, especially if a team like Miami makes a draft-day trade. The better return would come with a small wager on Herbert at +375. Love’s odds to go second are +1200, but he is too much of a reach.