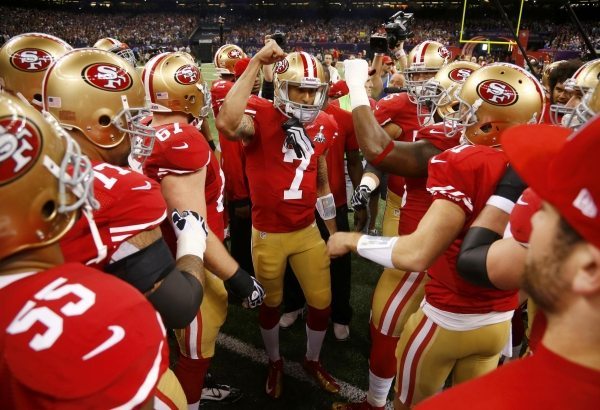 San Francisco is coming off a loss at Arizona as three-point favorites, which is significant in that the 49ers are an incredible 16-2 ATS off an upset loss. Meanwhile, San Francisco head coach Jim Harbaugh is a perfect 2-0 SU and ATS off consecutive losses, winning by an average score of 31-9. “We’ve been in this position before where there is an ebb and a flow to the season. We’re in it now,” said Harbaugh said. “That’s the great challenge for our football team and I have great confidence that we’ll attack it.”

Let’s also note that San Francisco is 19-2 ATS in the first of back-to-back non-division games and 6-0 ATS versus non-division opponents off consecutive upset losses, whereas the Eagles are 0-5 ATS versus NFC West opposition. The situation also favors San Francisco as the Eagles are coming off a 37-34 home win over Washington, which is significant in that 3-0 NFL teams are a money-burning 3-11 ATS in Game Four following a home win over a division foe. Not only does Philadelphia have to travel across the country to face a desperate (and undervalued) San Francisco squad, the Eagles were awakened in the middle of the night when the fire alarm at their hotel was pulled around 2:30 a.m. Sunday.

Philadelphia also arrives in town with a decimated offensive line that completely lacks cohesion. Center Jason Kelce is the latest to be hit by injury and will undergo sports hernia surgery, while right tackle Lane Johnson is serving the last of a four-game suspension after testing positive for a banned substance. Offensive tackle Allen Barbre, Johnson’s initial replacement, broke his ankle in the Eagles’ season opener against Jacksonville, and left guard Evan Mathis is set to miss an additional six weeks with a knee injury. As a result of these injuries and/or suspensions, the Eagles have become a one-dimensional offense relying upon the arm of quarterback Nick Foles.

While San Francisco has been average offensively this season (5.7 yards per play against teams that would combine to allow 5.8 yards per play), the 49ers have a good chance of improving upon those numbers against a Philadelphia stop unit that is allowing 26.0 points per game on 386 total yards. The best opportunity to move the chains is through the air against a suspect Philadelphia secondary that is allowing 6.6 yards per pass play against teams that would combine to average just 6.4 yards per pass play.

Despite being 3-0, Philadelphia was actually outyarded 511-379 against the Redskins last week, and the Eagles are the first team to be 3-0 despite trailing by ten or more points in each of those games. My power rankings have the 49ers listed six spots higher than Philadelphia, and my math model favors the 49ers by six points. With San Francisco standing at 18-5 ATS following an upset loss on the road, take the 49ers as my free sports pick and invest with confidence.  Be sure to check back for more free sports picks throughout the football season.  My free sports picks are a documented 55.7% since 2007.