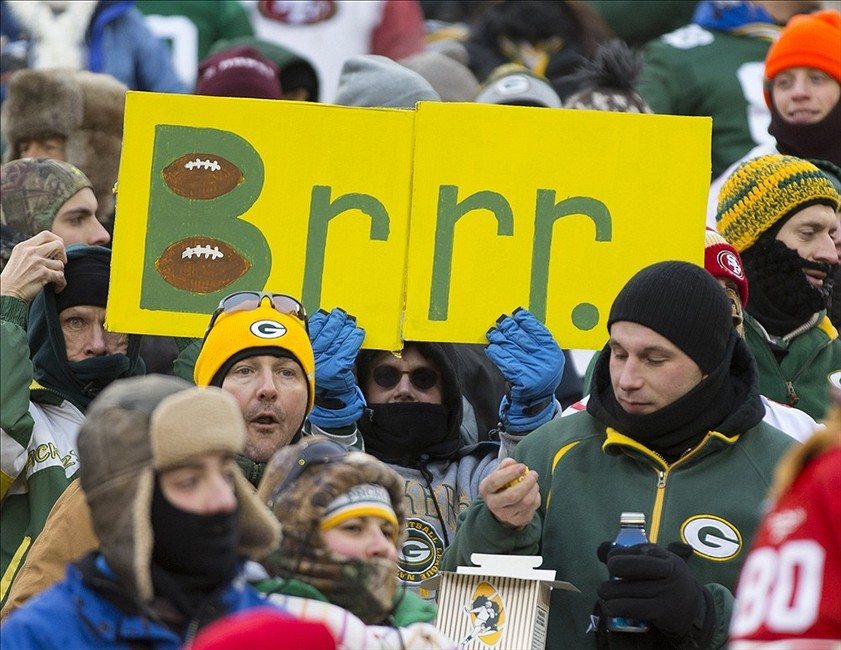 The technical analysis in this NFL game overwhelmingly favors Green Bay as the Lions have lost twenty consecutive games at Lambeau Field, failing to cover the point spread in fifteen of those contests. Meanwhile, since 1995, .501 or greater NFL dome teams (Detroit) are a money-burning 3-17 SU and ATS at cold weather sites, including 0-10 ATS when our ‘play against’ team is coming off a division affair. Detroit is also a woeful 0-11 SU and 2-8-1 ATS at Lambeau Field when the Packers are coming off a win. In fact, the Lions have not won a game on the frozen tundra since 1991!

Let’s also note that Green Bay quarterback Aaron Rodgers is 11-1 SU and 9-3 ATS in December home games, including 10-0 SU and 9-1 ATS when his teams owns a win percentage of .501 or greater and 9-1 SU and ATS as a division home favorite of less than ten points. Not to be outdone, Green Bay head coach Mike McCarthy is a perfect 15-0 ATS versus division opponents off a win who own a win percentage of less than .998, provided the Packers are not coming off a blowout win. In contrast, Detroit head coach Jim Caldwell is 0-4 ATS in December games versus division foes with revenge.

Green Bay is 7-0 SU and 5-1 ATS at home this season where the Packers are averaging 41.1 points per game on 426 total yards at 7.0 yards per play and 10.3 yards per point. Overall, the Packers are 0.3 yards per rush play, 1.0 yards per pass play and 0.7 yards per play better than average offensively, which is good enough to move the chains against a very good Detroit stop unit. Meanwhile, the Lions are 4-3 SU and 2-5 ATS on the road this season against teams with a combined record of just 49-55, averaging a mere 15.0 points per game.

Even more concerning for Detroit backers is the fact that quarterback Matthew Stafford will be playing with a new center for the first time in his NFL career. Starting center Dominic Raiola is suspended for today’s game, which means third round rookie Travis Swanson gets the start. Green Bay has also played well defensively at home this season, limiting opponents to 3.8 yards per rush attempt, 6.5 yards per pass attempt and 5.4 yards per play.

I have no faith in Detroit in this game because the Lions have never played well on foreign soil, particularly in December, and they have also struggled to handle success. Specifically, Detroit is a money-burning 1-10 ATS on the road after winning six of its last eight games, 1-8 ATS following two or more consecutive wins and 7-16 ATS after the first month of the regular season. Quarterback Matthew Stafford is a woeful 30-44 ATS in his NFL career, including 13-22 ATS on the road, 2-6 ATS versus Green Bay and 9-24 ATS versus teams who yield 18.9 to 24.9 points per game.

Conversely, Aaron Rodgers is 30-12 ATS at home, 49-27 ATS as a favorite, 29-12 ATS as a home favorite and 41-19 ATS versus secondaries that allow 5.1 to 7.1 yards per pass attempt. Take Green Bay to capture the NFC division title with a convincing win before the home faithful at a bitterly cold (17 degree wind chills) Lambeau Field and invest with confidence.