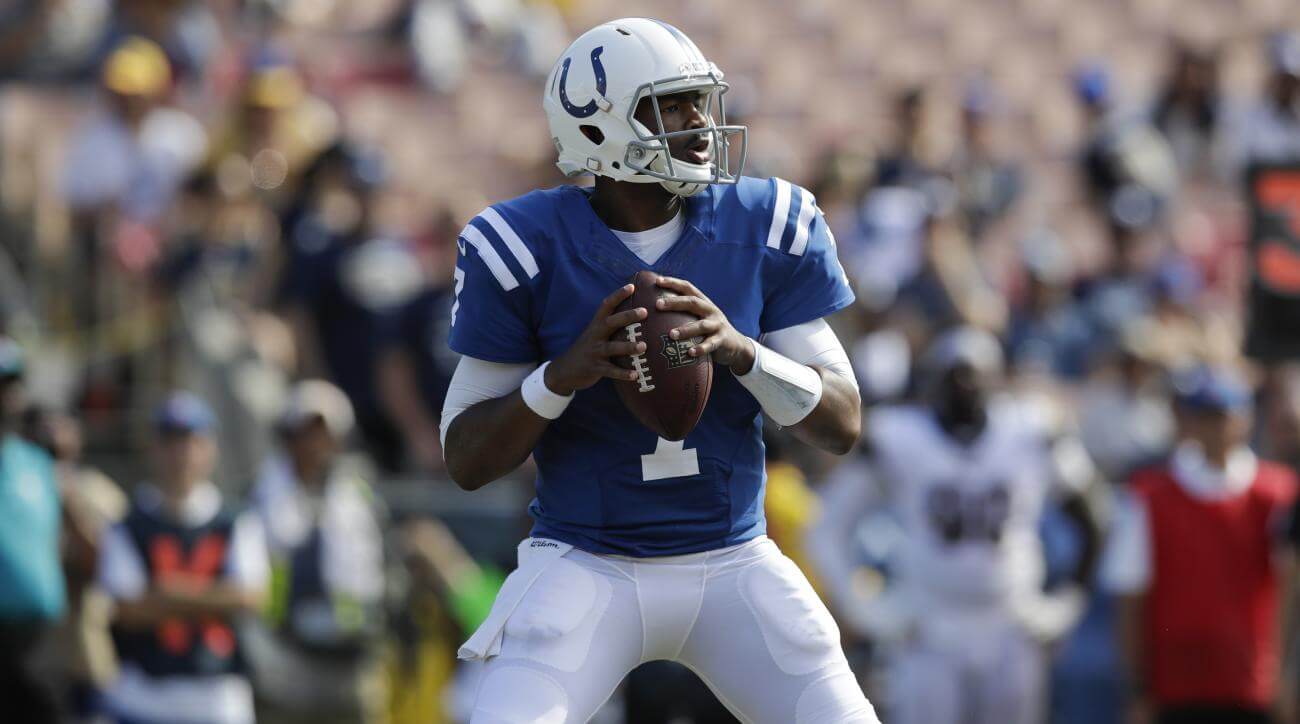 Both Indianapolis and New Orleans fall into one of my favorite NFL contrarian systems, making them two of my NFL Best Bets for Sunday, September 17.

NFL teams coming off a straight-up loss in Week one are 93-91 ATS in their next game, which is not good enough to justify an investment on the 0-1 Colts and Saints.

New Orleans applies to the very best of the system (30-14 ATS subset), while the Colts are backed by the 57.5% ATS  winning situation.  From a math standpoint, my ratings favor Arizona by 3.2 points and the Patriots by 5.8 points.

Injuries to both road favorites also play a significant role in today’s games.  For New England, both linebacker Dont’a Hightower (knee) and wide receiver Danny Amendola (head) have been ruled out.

Hightower is the Patriots’ defensive captain and signal-caller who played in Week One after missing the entire preseason.  Amendola’s absence comes on the heels of losing Julian Edelman to a season-ending knee injury.

Arizona enters Week Two without star running back David Johnson, who is out with a dislocated wrist suffered in Detroit last week.  The Cardinals led the league with 40.7 expected points added when targeting running backs, making Johnson’s absence that much worse.

The Cardinals will also be without wide receiver John Brown (quad) and left guard Mike Iupati (tricep), while tight end Jermaine Gresham is questionable due to a rib injury.  Meanwhile, starting quarterback Carson Palmer looked old and out-of-sync against the Lions.

Recently signed Jacoby Brissett gets his first start for the Colts, and he looked good in Week One in relief of Scott Tolzien.  In fact, Brissett was responsible for the Colts’ only touchdown against the Rams and has an additional week of practice to learn the playbook.

Let’s also note that Arizona could not move the ball in the fourth quarter without Johnson, averaging just 5.1 yards per pass attempt and being completely shut down on the ground.

From a technical standpoint, Indianapolis is a profitable 10-2 ATS as a home underdog, 27-10 ATS following a loss and 24-8 ATS versus teams with a losing record.

Word of caution involving New England: The Patriots are 34-11 ATS following a loss, including 30-16 ATS with Tom Brady under center as favorites of less than nine points.  New England head coach Bill Belichick is 22-10 SU and 23-9 ATS as a road favorite off a loss, including 18-2 SU and 17-3 ATS since 2002.

However, NFL teams off a loss are 3-9-1 ATS in Game Two of the regular season if they won 16 or more games the previous season, including 0-4 SU and ATS away from home.  The Saints are 4-2 SU and 5-1 ATS as home underdogs versus foes off a SU and ATS loss.

Both Indianapolis and New Orleans apply to a 40-21-1 ATS (65.6%) situation that invests on underdogs of more than three points in games involving 0-1 teams.  The Cardinals are 0-8 ATS following a game in which Carson Palmer threw at least two interceptions since December 29, 2013.

Finally, the Saints are 7-0 ATS since September 21, 1997 as winless underdogs and 6-0 ATS since December 27, 2015 following a loss versus non-divisional opposition.

Take Indianapolis and New Orleans plus the points as two of Oskeim Sports’ NFL Best Bets for Sunday, September 17.