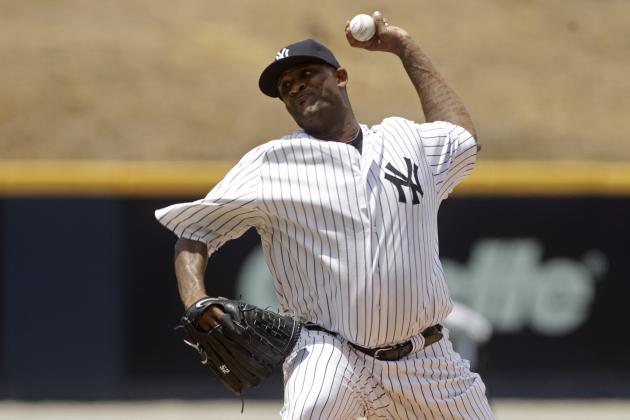 Despite failing to earn a rotation spot out of Spring Training, Tampa Bay southpaw Erik Bedard toes the rubber this afternoon at Yankee Stadium. Bedard signed a Minor League contract with the Rays on February 14, then exercised the opt-out clause in his contract and was released March 25 after Tampa Bay selected Jake Odorizzi for the fifth-starter role on March 22. Bedard then signed a Minor League contract on March 28 and was selected to the Major League roster from Triple-A Durham on April 13.

Bedard is also hampered by an under-achieving Tampa Bay bullpen that owns a 4.23 ERA and 1.37 WHIP in 2014, including a 5.09 ERA and 1.61 WHIP on the road, a 5.14 ERA and 1.41 WHIP in day games and a 5.72 ERA and 1.98 WHIP over the last seven games. Meanwhile, some baseball observers are casting doubt on C.C. Sabathia’s results this season, but his overall metrics have been extremely strong. Sabathia has demonstrated outstanding command and control, and continues to induce groundballs at an elite level (53% GB rate). Let’s also note that Sabathia takes the mound in good form with a 3.50 ERA over his last three outings (20/5 K/BB). Overall, Sabathia owns a career 3.71 ERA and 1.29 versus the Rays, although he dominated Tampa Bay in his lone outing this season (7 IP; 1 ER; 6 K).