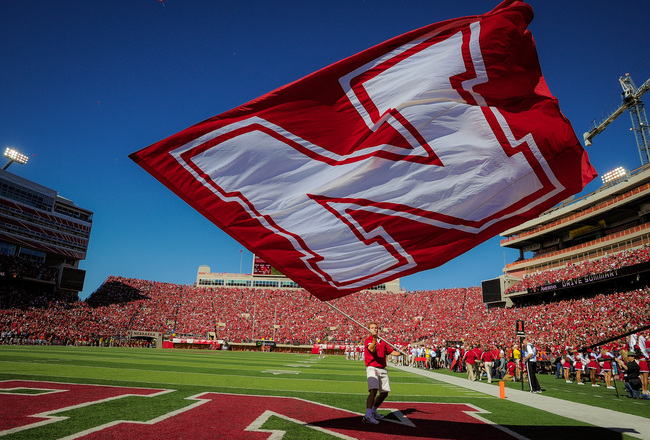 It’s hard to imagine a more improbable sequence of events the last two weeks that have ultimately saved Nebraska head coach Bo Pelini’s job.  First, the hail mary reception by Jordan Westerkemp two weeks ago against Northwestern.  Then, when all seemed lost against against Michigan, Nebraska quarterback Tommy Armstrong, Jr. completed a left-handed shovel pass to Ameer Abdullah late in the fourth quarter to secure the road win.  Now, the Cornhuskers welcome Michigan State to its home turf with the opportunity to take over the Legends Division with a win (Nebraska holds the tiebreaker).

Let’s take a quick look at the technical analysis before I begin with the mind-numbing fundamental analysis.  Nebraska is a profitable 20-7 ATS at home versus .751 or greater opposition, 12-3 ATS at home versus teams who are outscoring their opponents by seventeen or more points per game and a perfect 10-0 ATS at home versus opponents yielding fourteen points or less per game.  Let’s also note that Nebraska is 7-0 SU in this series, including 3-0 SU and ATS in the three most recent meetings wherein the Cornhuskers have maintained a +136.0 yards per game advantage.  Finally, many sports bettors will point to the fact that Michigan State is the beneficiary of a bye week, but the Spartans are just 3-8 ATS with rest.

The problem with Michigan State is its offense that is 0.2 yards per rush play, 1.3 yards per pass attempt and 0.7 yards per play worse than average this season.  The Spartans’ offense is even worse on the road where they are averaging a woeful 5.1 yards per play.  Now, Michigan State must face a surging Cornhusker stop unit that limited Michigan to -21 rushing yards and 175 yards overall last week.  Even more promising for Bo Pelini is the fact that his front seven sacked Michigan quarterback Devin Gardner seven times!

Meanwhile, Nebraska’s offense excels at home where the Cornhuskers are averaging 39.8 points per game at 5.5 yards per rush play, 7.7 yards per pass attempt and 496 total yards (6.3 yards per play; 12.5 yards per point).  My hope is that Nebraska quarterback Taylor Martinez remains on the bench (injured) as redshirt freshman Tommy Armstrong, Jr. is actually better behind center.  Even Michigan State head coach Mark Dantonio acknowledged how good Armstrong is, calling him “an exceptional football player” this week.

Armstrong Jr. was the only scholarship quarterback in Nebraska’s 2012 freshman class and was considered one of the nation’s top dual-threat quarterbacks.  He led Cibolo Steele High School to the Class 5A state championship game each of his final two seasons and produced huge numbers both as a runner and a passer as a senior. Armstrong finished with 1,281 rushing yards and 16 touchdowns, while passing for 1,945 yards and 29 touchdowns against just two interceptions, completing nearly 59 percent of his passes.  Armstrong earned the team’s Offensive MVP Award after last week’s last minute win over Michigan wherein he accounted for 66 of Nebraska’s final 75-yard, 14-play touchdown drive.  Armstrong is now a perfect 5-0 as the Huskers’ starting quarterback this season.