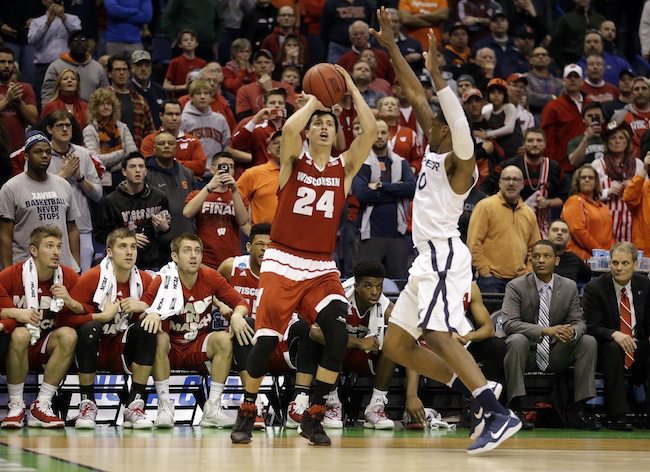 More importantly, my primary math model actually favors Wisconsin by 1.5-points, while my secondary model favors the Badgers by 2.5-points. In short, the existing line cannot be justified under any circumstances.

The one concern for Wisconsin backers is its three-point field goal defense (37.5%), which could be exploited by a very good three-point shooting Irish squad (37.2% 3-PT, including 38.2% on the road).

The other issue facing Wisconsin is its subpar offense that is 1.8 points per game worse than average this season (68.1 points per game against teams that would combine to allow 69.9 points per game). Even more concerning is the fact that the Badgers are averaging just 63.0 points on the road (39.6% FG) and 62.6 points over their last five games (39.0% FG).

But, I expect the Badgers to get some open looks against a Notre Dame stop unit that is ranked 139th nationally in scoring defense (70.5), 135th in field goal percentage defense (.428) and 307th in three-point field goal percentage defense (.372). Finally, Wisconsin is 5-1 ATS in its last six NCAA Tournament games, whereas the Irish are 2-8 ATS in their last ten NCAA Tournament games as favorites.  Take Wisconsin plus the points in this Sweet 16 matchup!