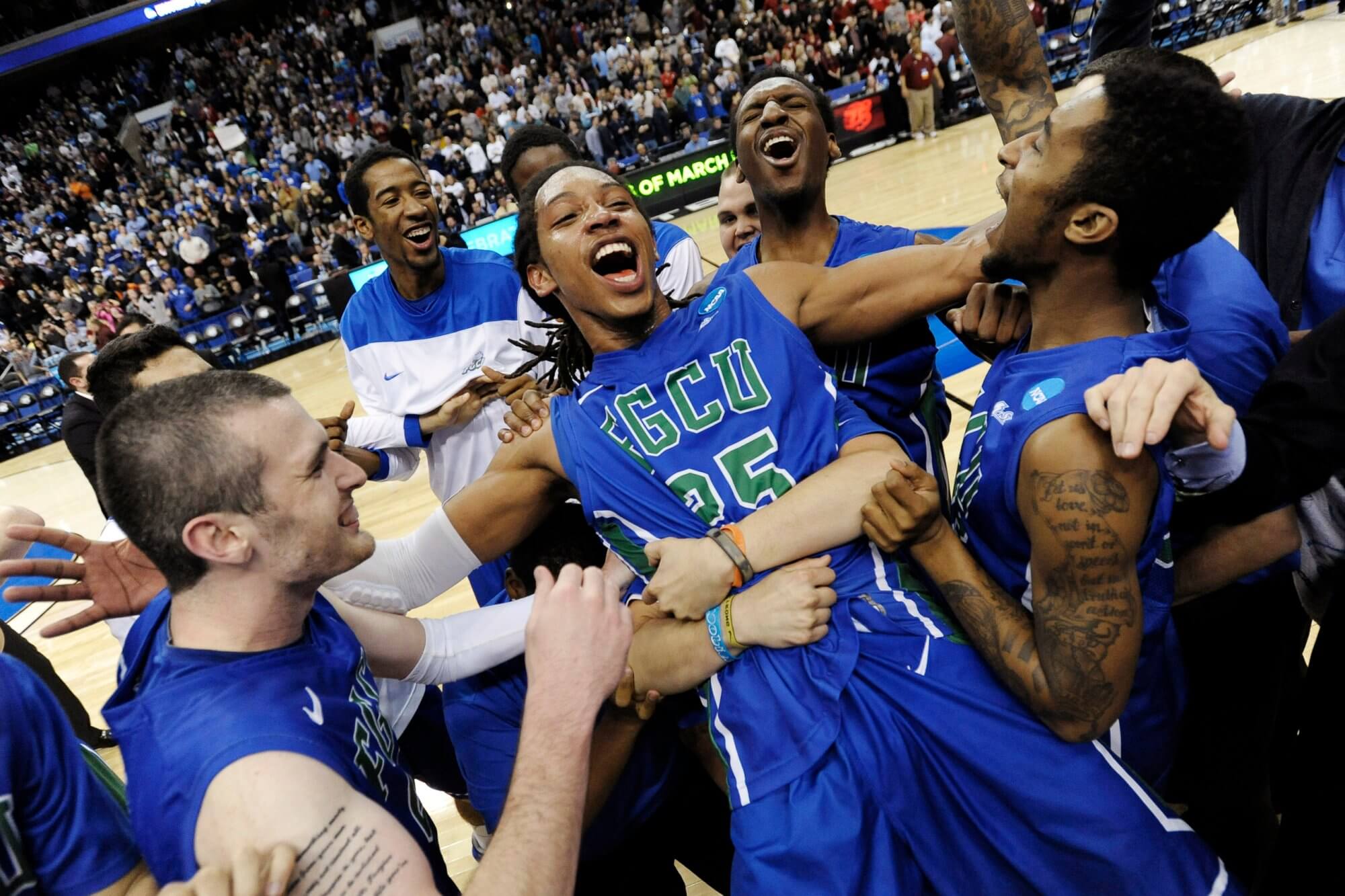 Since 2004, No. 3 seeds in the NCAA Tournament are 40-8 SU versus No. 14 seeds in the opening round, but it should be noted that at least one 3-seed has been upset in the first round in each of the last four years.

Let’s also note that when the Atlantic Sun Conference representative was seeded at No. 15 or better, it has pulled an outright upset in the first round of the NCAA Tournament.  In 2013, Florida Gulf Coast actually won two games to reach the Sweet 16, while Mercer took down Duke in 2014 as a 14-seed.

Florida Gulf Coast has won 20 or  more games in each season since its memorable run in the 2013 NCAA Tournament, and the Eagles are 17-3-1 ATS in their last 21 games as underdogs, including 8-1 ATS in their last nine neutral site affairs when getting points.

Bettors like the fact that Florida Gulf Coast is 30-9-1 ATS in its last forty games overall, including 21-7 ATS following a win, 15-5-1 ATS versus non-conference opponents and 16-4-1 ATS against .601 or greater opposition.

While I’m impressed with the job head coach Joe Dooley has done with the Eagles, they enter the NCAA Tournament with only two quality wins – Texas-Arlington and Louisiana Tech.  Florida Gulf Coast also suffered inexplicable losses to USC Upstate and Lipscomb during the regular season.

The Eagles’ offense is predicated upon attacking the rim and dominating the paint.  Indeed, FGCU is averaging 40 points per game in the paint and ranks 13th in the nation in 2-point field goal shooting.  However, the Eagles will be challenged inside by a deep Florida State squad that boasts an average height of 6-foot-7.

The Seminoles are the tallest team in the NCAA Tournament field and possess the requisite length to limit “Dunk City.”  Florida State has three starters averaging double-digits in scoring, and head coach Leonard Hamilton has an extremely deep bench at his disposal.

In fact, the Seminoles have five players averaging between 5 and 8.5 points per game and eleven players who are averaging at least ten minutes per game.  The combination of height, length and depth make Florida State one of the most dangerous teams in this year’s NCAA Tournament.

The three-pointer is considered one of the great equalizers in college basketball, especially when it comes to one-and-done events like the NCAA Tournament.  The problem for Florida Gulf Coast is the fact that it is ranked 173rd-nationally in three-point field goal percentage (35.0%).

The Eagles’ field goal percentage drops precipitously – more than 20 points – when they go from shooting 2-pointers to 3-pointers!  Finally, the public is grabbing the points with FGCU as if they have Friday’s newspaper.

With Florida State standing at 5-2 ATS in its last seven games as a favorite of 7.0 to 12.5-points, take the Seminoles as Oskeim Sports’ Free NCAA Tournament pick for Thursday, March 16.