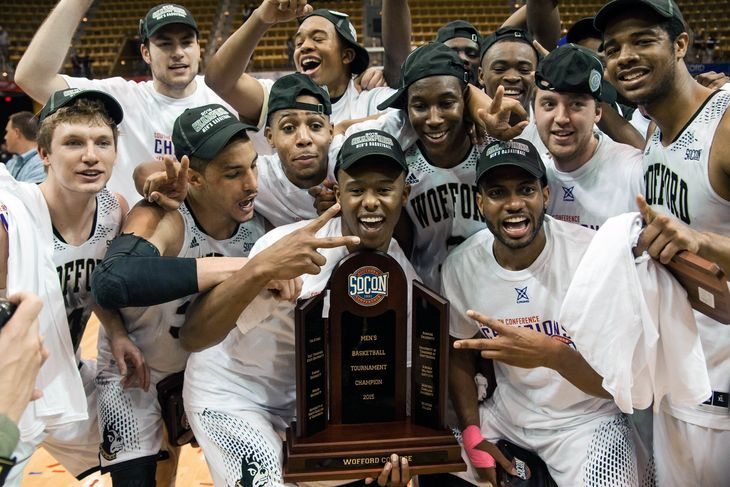 Wofford is an experienced team with four returning starters and all four key reserves from last year’s squad that made the NCAA Tournament. The Terriers’ success is predicated upon an outstanding team defense that is allowing 59.8 points per game to teams that would combine to average 69.6 points per game. Wofford was also 15-5 on the road this season where it allowed just 62.1 points per game on 43.2% shooting from the field. Overall, the Terriers are 9.8 points per game better than average defensively, which is good enough to slow down an underrated Arkansas attack.

Wofford possesses a very good backcourt behind senior Karl Cochran, junior Spencer Collins and sophomore Eric Garcia. Cochran is not only a prolific scorer (leads team with 14.6 points per game), but he also crashes the boards like no other guard in the nation. Indeed, the 6-1 senior boasts a team-high 5.8 rebounds per game! Collins is second on the team in scoring (11.6 points per game) and has increased his production in each of the last three seasons. Garcia burst onto the scene as a freshman last year and has continued to improve throughout his collegiate career. “He’s one of the best shooters we’ve had,” head coach Mike Young said of Garcia.

The clear leader of of the Terriers is senior forward Lee Skinner, who is averaging 10.0 points and 5.8 rebounds per game. “Skinner has been the heart and soul in terms of vocal leadership,” Young said. Skinner is joined in the frontcourt by juniors Justin Gordon and C.J. Neumann. Wofford possesses two key ingredients to make a run in the NCAA Tournament – experience and depth. And, while the Terriers’ attack is mediocre at best (67.0 points per game against teams that would combine to allow 69.8 points per game), they value the basketball and make opposing teams defend for the full 35 seconds.

The Terriers will not be overwhelmed by a subpar Arkansas defense that is 1.9 points per game worse than average (70.1 points per game to teams that would combine to average 68.2 points per game). Wofford owns quality wins over Iona (86-73) and North Carolina State (55-54), and the Terriers have won eight straight and sixteen of their last 17 contests.

With Wofford standing at 14-6-1 ATS in its last 21 neutral site games, take the Terriers to advance and invest with confidence.