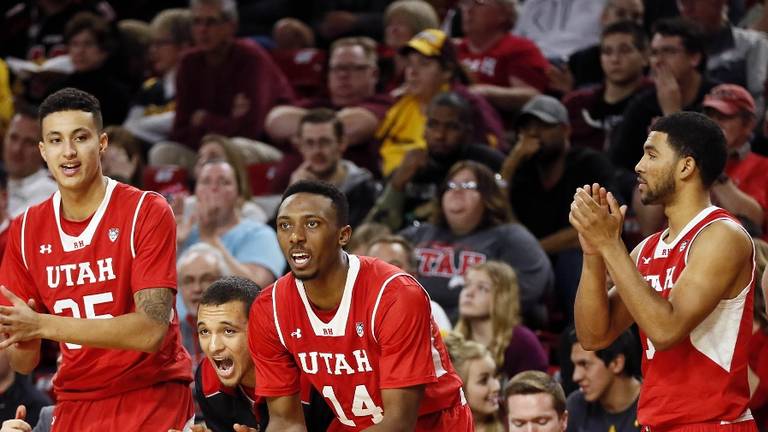 While S.F. Austin is 29-4 this season, the Lumberjacks have failed miserably against quality opposition. Indeed, the Lumberjacks suffered blowout losses to both Xavier (81-63) and Baylor (67-51), while also dropping a game against Northern Iowa. In contrast, Utah owns wins over Wichita State, BYU and UCLA, all of whom are in the NCAA Tournament. My math model favors Utah by nine points and the Utes have played a significantly more difficult schedule this season.

The main reason for this NCAA Tournament investment is the overwhelming technical analysis favoring Utah. The Utes are 65-30-3 ATS in their last 98 games overall, including 42-17-3 ATS versus .601 or greater opposition and 29-10-2 ATS following a loss, including 13-1-1 ATS when favored by six or more points. Utah’s disappointing 67-64 loss to Utah in the Pac-12 Conference Tournament is not a bad omen in that the Utes are 9-1 ATS following a close loss by three points or less and 8-2 ATS after failing to cover the point spread.

I also really like Utah head coach Larry Krystkowiak, who is 73-44 ATS during his tenure, including 33-18 ATS as a favorite and 50-24 ATS versus opponents who are outscoring their foes by four or more points on the season. The Lumberjacks are averaging twenty three-pointers per game this season (making an impressive 38.6% of them), but I am confident that Krystkowiak will develop a game plan that will effectively take away the perimeter for S.F. Austin.

I reach that conclusion based upon the fact that the veteran coach is 22-10 ATS versus prolific three-point shooting teams (i.e. making 37% or more of their attempts). Krystkowiak is also 15-6 ATS versus elite opposition owning a win percentage of .801 or greater.