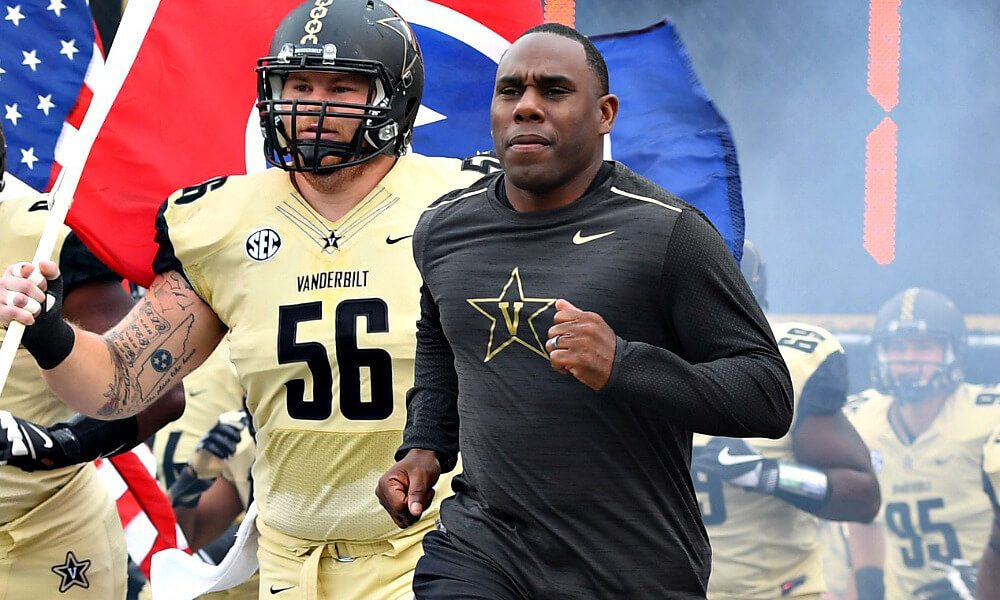 Vanderbilt and Kansas State were two of my favorite teams entering the 2017 campaign as I felt that both programs were flying under the radar.  The Commodores offense has looked outstanding in wins over Middle Tennessee State and Alabama A&M.

From a technical standpoint, Vanderbilt is 21-6 ATS after failing to cover the Vegas number in its previous game, 7-3 ATS in its last ten games off a win by 20+ points and 7-3-1 ATS as a home underdog under head coach Derek Mason, including a perfect 3-0 ATS versus foes off back-to-back wins.

Kansas State has destroyed two really bad teams in Central Arkansas (55-19) and Charlotte (55-7) so it’s hard to know how good the Wildcats really are.

The one concern I have with backing Vanderbilt is its apparent inability to run the football.  The Commodores are averaging 122 rushing yards per game at 3.5 yards per rush attempt.  Vanderbilt now faces a Kansas State run defense that has been 0.2 yards per play better than average.

However, Vanderbilt applies to a very good 29-7 ATS system that invests on certain home teams off consecutive wins by 21+ points versus opponents off back-to-back games in which they scored 42 points or more.  The Wildcats fall into a negative 21-55 ATS and 14-40 ATS situations.

The Wildcats also fall into a negative 21-55 ATS and 14-40 ATS situations.  Grab the points with Vanderbilt as one of Oskeim Sports NCAA Football Picks for Saturday, September 16.

Be sure to check back throughout the season for more NCAA Football Picks!