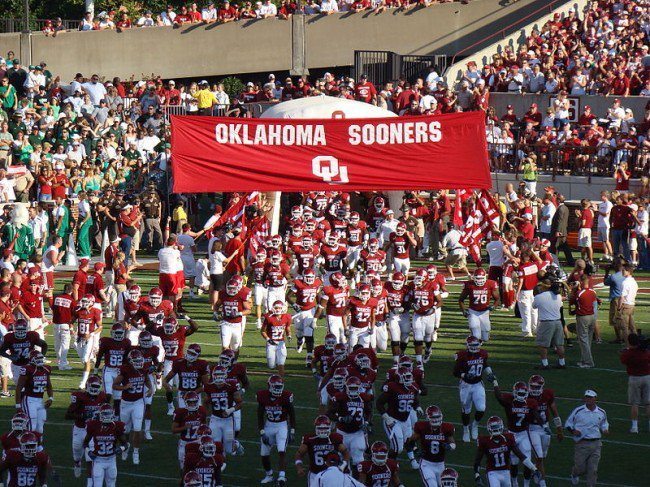 Oklahoma is a legitimate national title contender, and head coach Bob Stoops has made a statement early by winning both of the Sooners’ games by a combined score of 100-23.  In fact, Oklahoma outscored its opponents 62-3 in the first thirty minutes of both games before laying off the gas in the second half.  Oklahoma’s strength is its defense that returns nine starters, including one of the best front sevens in all of football.  The entire defensive line returns from last season (4.1 yards per play; 33 sacks), as do the top two linebackers who led the team in tackles. Oklahoma’s secondary will once again be one of the best in the nation despite losing two starters, including Aaron Colvin who was drafted by the Jacksonville Jaguars.

Oklahoma’s offense has been extremely efficient this season as evidenced by the fact that the Sooners are averaging 10.2 yards per point against teams that would combine to allow just 12.9 yards per point.  The key to Oklahoma’s offense is an extremely experienced offensive line that returns 109 career starts.  This unit paved the way for 224 rushing yards per game at 5.2 yards per carry last season, which was Oklahoma’s most rushing yards since 1991.  Quarterback Trevor Knight seems to have found a favorite target in wide receiver Sterling Shepard, who finished with eight catches for 177 yards last week.  “I’m really excited about Sterling and what he’s been doing,” Stoops said.  “He’s just a really explosive player.”

While Tennessee is making an issue of coach Stoops’ recent comments about the SEC, the players in Norman have their coach’s back.  “We all know coach Stoops’ feelings about the SEC,” linebacker Geneo Grissom said.  “As his guys, we’re 100 percent behind him.  We’re going to make sure we help him out there and make a statement in that aspect.”  Grissom also highlighted the importance of Saturday’s tilt. “It’s a nice SEC matchup.  It’s going to be a big game, lot of people there.  Hopefully a sellout crowd, so we’re going to come ready.”

From a technical standpoint, Oklahoma is a perfect 10-0 ATS at home before consecutive roads games and 4-1 ATS as non-conference favorites of fourteen or more points, whereas Tennessee head coach Butch Jones is 0-5 ATS in his last five games as an underdog of seventeen or more points.  Lay the points with Oklahoma and invest with confidence.