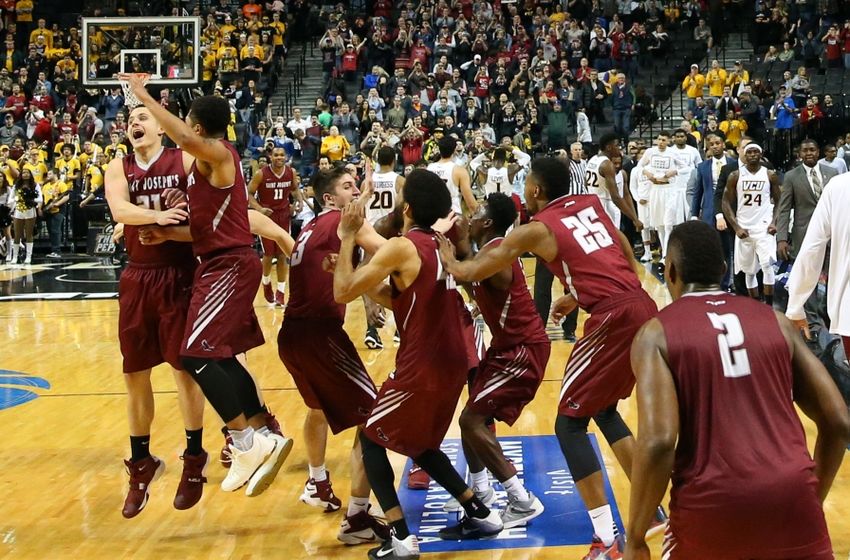 To say that Phil Martelli and the Hawks have been on an emotional rollercoaster would be a gross understatement. The emotional high was achieved in the 2015-16 season in which St. Joseph’s won 28 games, captured the Atlantic 10 Conference title and advanced to the NCAA Tournament’s Round of 32.

A plethora of injuries derailed the following season as the Hawks sustained four season-ending injuries before limping to the finish line with ten losses in their final eleven games.  Three of the injuries were sustained by starters – forward Pierfrancesco Olivia and guards Lamar Kimble and Shavar Newkirk.

With everyone healthy and a roster brimming with both talent and depth, the Hawks enter the 2017-18 campaign as legitimate contenders in the Atlantic 10.  Kimble and Newkirk form one of the best backcourts in the conference.  Newkirk was having a career-season, averaging 20.3 points and 4.8 rebounds per game, before tearing his ACL in December.

Kimble assumed the point guard duties after Newkirk went down, averaging 15.5 points per game before breaking his left foot in February.  With both Newkirk and Kimble finally healthy, the Hawks have an elite backcourt that can compete with any team in the league.

St. Joseph’s frontcourt will be improved this season with the return of Olivia, who started thirty games for the 2015-16 championship Hawks’ team before suffering a season-ending injury last year.  Two freshmen, Anthony Longpre and Taylor Funk, are expected to see a lot of action, while senior forward Jai Williams has been called “one of our most improved players” by Martelli.

The Hawks were defeated 98-87 by Toledo on Saturday and travel once again to face the rapidly improving UIC Flames.  UIC posted a 12-game improvement last season under the leadership of head coach Steve McClain.  With four returning starters, including Dikembe Dixson, who suffered a season-ending injury after ten games last season.

The Flames are legitimate contenders in the Horizon League, and having senior Tai Odiase roaming the middle will make it difficult for teams to score inside.  Odiase was the 2016-17 Horizon League Defensive Player of the Year and provides UIC with a much-needed presence at both ends of the court.

My math model actually favors St. Joseph’s by 3.5-points and the Hawks apply to a contrarian 66-34 ATS that invests on certain college basketball teams in the first weeks of the season, provided they finished the previous season on a prolonged losing streak.

With St. Joseph’s standing at 23-9 ATS after scoring 85+ points in its previous game, grab the available points with the Hawks as one of Oskeim Sports’ free NCAA Basketball Picks for Monday, November 13.