Crunching the Numbers: 9 NBA Stats Every Bettor Should Track 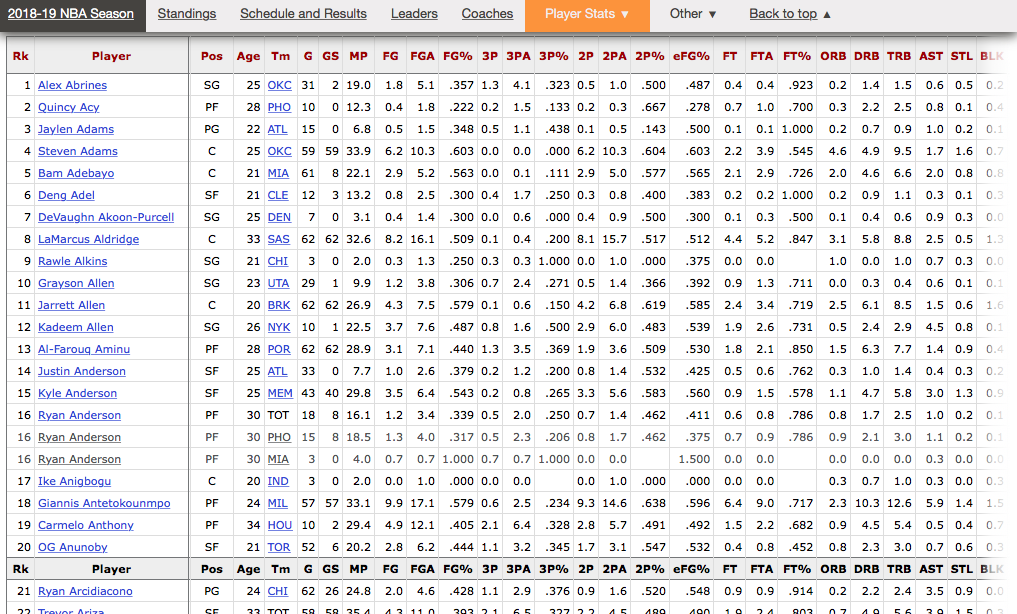 Over the last decade, NBA fans and bettors have turned to stats to better understand how each team and player compare to each other. In the old days of the NBA, statistics didn’t play much of a role in decision making. Most betting took place based off of people watching the games or voting for the team with their favorite players. They only looked at basic NBA stats.

Take Bill Russell for example. We’ve all heard the debate about whether Michael Jordan or Lebron James is the best ever (it’s Jordan, and it’s not even close), but most people forget about Russell, who won 11 championships in 13 years with the Celtics.

Why is Russell overlooked? When he played, the NBA only kept track of certain stats. Blocks weren’t one of them. If the league kept stats on blocks, most sportswriters of the time believe he would have averaged between 7-9 blocks a game, if not more.

Now that we have statistics to help us make better decisions, gamblers can use them to tilt the odds in their favor and improve their return on investment. Here are six NBA stats every bettor should track during the NBA season.

1. The Keys To Winning Basketball Games

Instead of listing these as individual stats, we’ve decided to lump these five NBA stats together into one, as they determine the outcome of a game more often than not. Most coaches agree that if a team wins three out of these five categories, they’ll win the game:

Almost every advanced metric stat feeds into these five categories.

Field goal % helps determine the winner of a basketball game, but only to a certain degree. Instead of only looking at FGs made / FGs attempted, this statistic weighs free throws and three-point shots and uses total points instead of total field goals.

To use this statistic effectively, it’s better to use it for perimeter players. Interior players like Marc Gasol don’t take a ton of threes, so it doesn’t make much sense to judge Centers and traditional Power Forwards with this number.

If you’re looking to be on teams in the middle of a basketball season, there’s a good chance they are going to have some injuries they’re dealing with. Most of the time, average fans look at superstar injuries, but role player injuries are the ones that most often affect the outcome of a game.

On/Off splits let you see how much the absence of a player impacts the team’s performance.

This statistic records a team’s offensive and defensive efficiency when a player is on the court vs. when they are sitting. You do need to use some common sense when looking at this stat. A player on a loaded team (think Kevin Looney on the Warriors) isn’t going to have a dramatic impact. If you notice that a player sitting out for the night has a high score though, it might be wise to think twice before putting money down on his team.

There are a few stats on this list that you should NEVER make a bet without checking. This is one of them.

Turnovers kill a team. There are very few teams with the raw talent to overcome carelessness with the ball. Golden State seems to be one of those teams, but if you look at some of the games they lose, their Ast/To rate tends to skyrocket in those games.

Teams that distribute the ball effectively win games. If you look at the dominance of the Golden State Warriors, there are two statistics that pop out: Ast/To and Pace (which we’ll talk about in a moment). They lead the league in Assist to turnovers and are tenth in pace, which is right where a team needs to be if they hope to compete for a championship.

Pace represents how many possessions a team should expect over 48 minutes (or 40 for the WNBA).

The logic behind this stat seems pretty simple: the team with the most possessions in a game has the greatest chance of winning. Of course, this isn’t always the case. A team with a high Pace and a low Ast/To rate isn’t a safe bet. More possessions only matter if the team can protect the ball.

Net Rating uses a different formula. It measures the point differential over the course of 100 possessions instead of over an entire game or season. This is an important stat to combine with Pace.

This means that it’s in Toronto’s best interest to actually lower the number of possessions in a game. As efficient as they are, they can’t match the Warriors per 100 possessions. They have to choose when to push the pace and get out in front of the Warriors in transition, and then when to slow the game down and grind Golden State in the post.

When Looking At NBA Stats, Context Is Everything

There’s a reason that stat nerds have a hard time picking a team over the course of a seven-game series: context matters. Sometimes bettors need to use their eyes as much as they use stats.

Boston, statistically speaking, should have given Milwaukee a more competitive series. Instead, the Bucks beat Boston in five, and none of the final four games of the series were close. Why? Because Milwaukee adjusted what they were doing based on statistical analysis and Kyrie Irving was unhappy.

Statistics, and gambling, in general, requires context. If you look at these NBA stats throughout the season though, you’ll make more winning bets than losing ones.

Do you want a more in-depth analysis of NBA betting odds? Maybe you prefer to wager on the NFL or NCAA. Either way, we have you covered with our sports-specific packages.

Earning money through sports gambling requires time-consuming research and data analysis. Our experts will do the research for you so that you can sit back and enjoy the action.

Sign up today! It’s the smartest bet you’ll ever make.