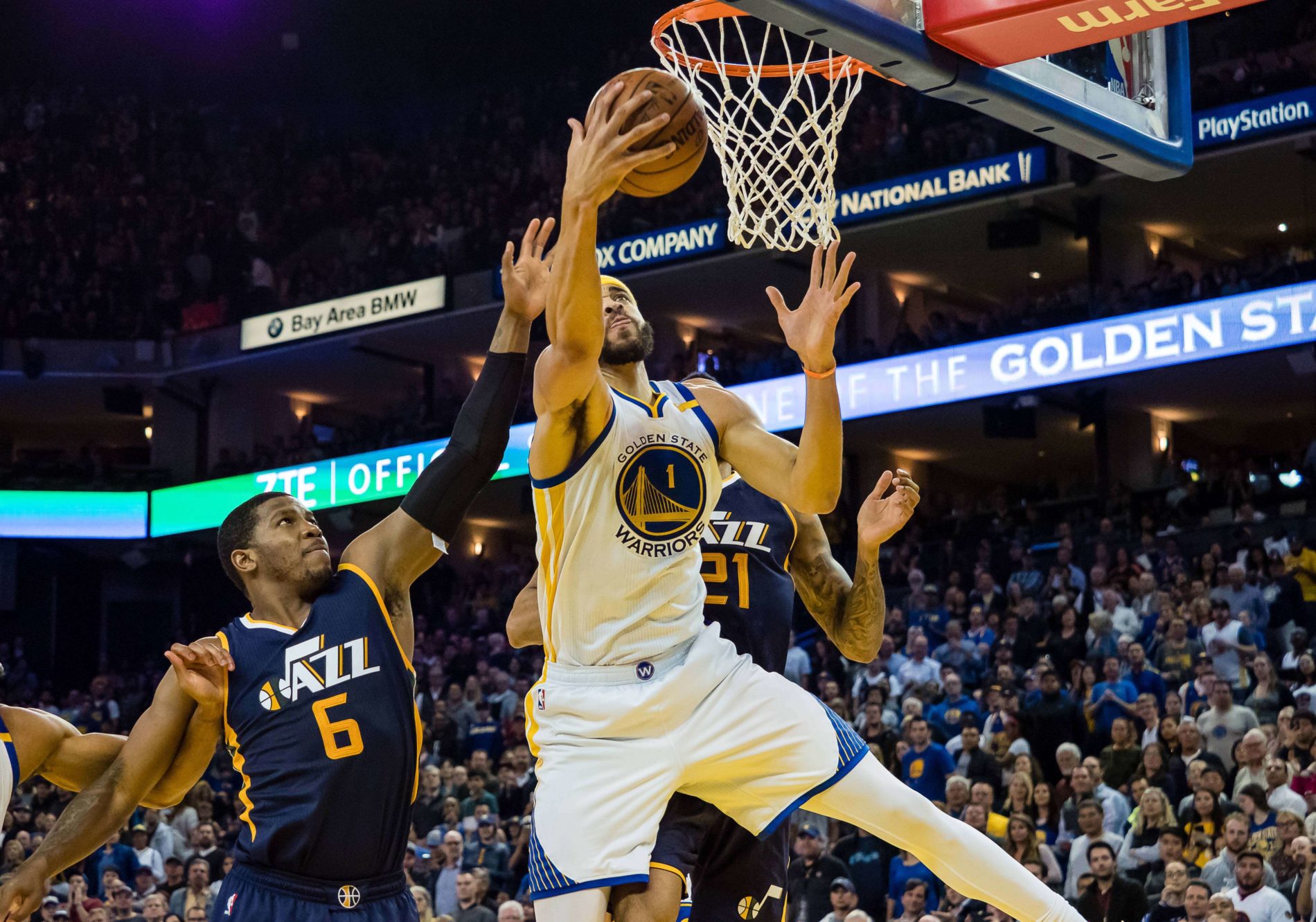 Golden State enters the NBA Western Conference Semifinals with a potent offense that is averaging 116.1 points per game (49.4% FG%; 38.4% 3-PT%) against NBA teams that would combine to allow just 106.0 points per game to a mediocre offense.  The Warriors are 38-5 SU at home this season where they are averaging 118.7 points per game on 50.9% shooting from the field and 40.9% from beyond the arc.

In their opening round playoff series against Portland, the Warriors averaged 119.5 points per game on 48.4% shooting from the floor and 40.3% from three-point territory.  Golden State has won 19 of its last 20 games dating back to the regular season and could get key reserves Shaun Livingston and/or Matt Barnes back for this series.

One of the questions being tossed around is whether the Warriors will be rusty after easily dispatching Portland in four games last Monday.  The additional rest has been good for the Warriors, who are looking to get Livingston and Barnes healthy in time for this series.  The extra time off has also allowed Golden State’s coaching staff

The extra time off has also allowed Golden State’s coaching staff to integrate Kevin Durant, Livingston and Barnes into the lineup. Durant missed two games in Golden State’s first round series with a strained calf but played 20 minutes in Game 4 against Portland.  Reports from Oakland suggest that Durant’s health is “good” but not “great.”

Many bettors don’t realize the fact that the Warriors’ defense ranked second in the regular season, including No. 1 in games against the league’s top-10 attacks.  Golden State also compiled the best defensive numbers of any team in the first round.  The Warriors limited Portland to just 96.3 points per 100 possessions, 11.5 fewer points than the Trail Blazers averaged during the regular season.

The Warriors limited Portland to just 96.3 points per 100 possessions, 11.5 fewer points than the Trail Blazers averaged during the regular season.  Equally impressive is the fact that Golden State held the Trail Blazers to under 50% shooting in the restricted area.

The Warriors also finished their first round playoff series in the upper-half in turnovers forced, fouls committed and defensive rebounding.  In three regular season meetings with the Jazz, Golden State held Utah to just 94.0 points per 100 possessions, its lowest mark against any NBA Western Conference opponent in 2016-17.

One important caveat to the above-referenced statistic: Utah’s Gordon Hayward missed two of the 3 regular season meetings, while the Jazz played without Derrick Favors and Rodney Hood (and Hayward) in the team’s April 10 clash.

Interestingly, Golden State failed to reach its season scoring average in each of its three games against the Jazz during the regular season.  The Warriors will also be without head coach Steve Kerr, who is expected to miss an undetermined amount of time due to continued complications resulting from back surgery.

Assistant coach Mike Brown will be in charge in Game 1 Tuesday night (and most likely beyond as there is no timetable for Kerr’s return).  “The way we look at it is: Plan on him not coming back,” Warriors forward Draymond Green said.  “We’re not going to sit here and say: ‘If we can get to the conference finals, Steve may be back.’ … Nah.  Mike Brown is our coach.  We have the rest of our staff, and that’s what we’re rolling with.”