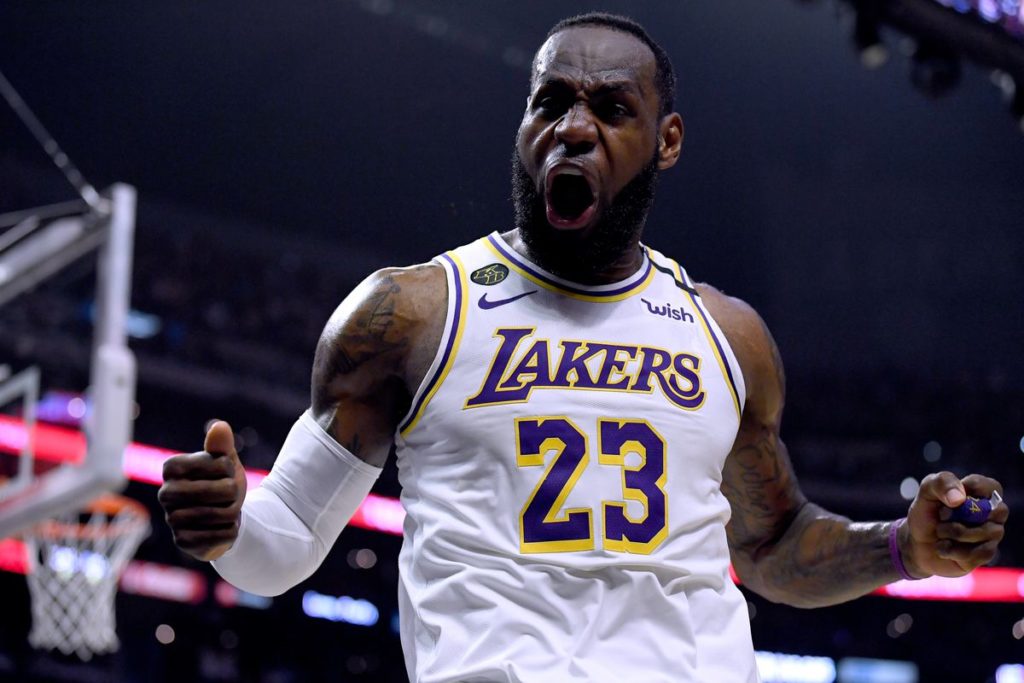 It has been a two-horse race in the NBA’s Western Conference since last summer when the free agency market rearranged the balance of power in the West. The Lakers and Clippers, who met on opening night in the NBA’s restart, have been favored to capture the conference title since the first week of the 2019-20 season.

Heading into the NBA restart nothing has really changed but is there another candidate for bettors to consider? Which Los Angeles team offers the best value?

Heading into the NBA restart, the Lakers are the favorite to win the 2020 NBA championship. Obviously, they are favored to win the Western Conference as well. Head coach Frank Vogel’s team is given +135 odds to win and for good reason.

LeBron James is having an MVP-caliber season. He leads the NBA in assists averaging 10.5 per game. James is 11th in the league in scoring (25.6 ppg) and he averages 7.9 rebounds a game. Most importantly, he is the catalyst for a Lakers team that is one of the best in the NBA on both sides of the ball.

Teammate Anthony Davis averages 26.8 points and 9.4 rebounds per game. He is an almost unstoppable force. In the Lakers-Clippers matchup that kicked off the NBA restart, Davis had 34 points and eight rebounds as the Lakers beat their city rivals 103-101.

The Lakers have the best record in the West and they will most certainly hold onto the No. 1 seed for the postseason.

Ever since last year’s NBA Finals MVP Kawhi Leonard signed as a free agent with the Clippers, the team has been a favorite to win this year’s NBA title. The time off surely helped head coach Doc Rivers’ team. Leonard and Paul George had been bothered by injuries and are now completely healthy.

Prior to the loss to the Lakers in the first game of the NBA restart, the Clippers had beaten their rivals twice this season. They are extremely athletic and physical and Rivers can easily go ten deep with his bench.

At +180 to win the West, the Clippers appear to be the only team with a realistic shot at knocking the Lakers off the Western Conference pedestal.

It really is the Lakers, Clippers, and the rest of the West. Houston, with NBA leading scorer James Harden and another former MVP in Russell Westbrook, is given the best odds at winning the West of the remaining teams in the mix.

At +650, the Rockets are somewhat of a longshot. Where the Rockets fail is up front. Harden and Westbrook can score, but Houston is small…really small. That will hurt against bigger front lines like Denver and Utah.

Speaking of Denver, the Nuggets are +1000 to win the West where C Nikola Jokic is possibly the most underrated player in the league. Jokic averages 20.2 points, 10.2 rebounds, and 6.9 assists per game, all team-highs.

The problem for Denver is depth. Point guard Jamal Murray averages 18.8 points a game and Will Barton (15.1 ppg) and Paul Millsap (12.0 ppg) are solid players, but the Nuggets just can’t match up with the Clippers and Lakers.

This could be the best chance that James has of winning another NBA title. Davis might not be back in L.A. and James will be 36 next season. If it’s going to happen, 2020 is it.

With that in mind, there is no question the Lakers are the premier team in the West. They have been all season long. They proved they still are in Game 1 of the restart with their victory over the Clippers. Besides the Clippers, there isn’t a team deep enough to take down the Lakers.

With the lack of clear longshot, the only bet that makes sense in the Western Conference race is a wager on the Lakers at +135.