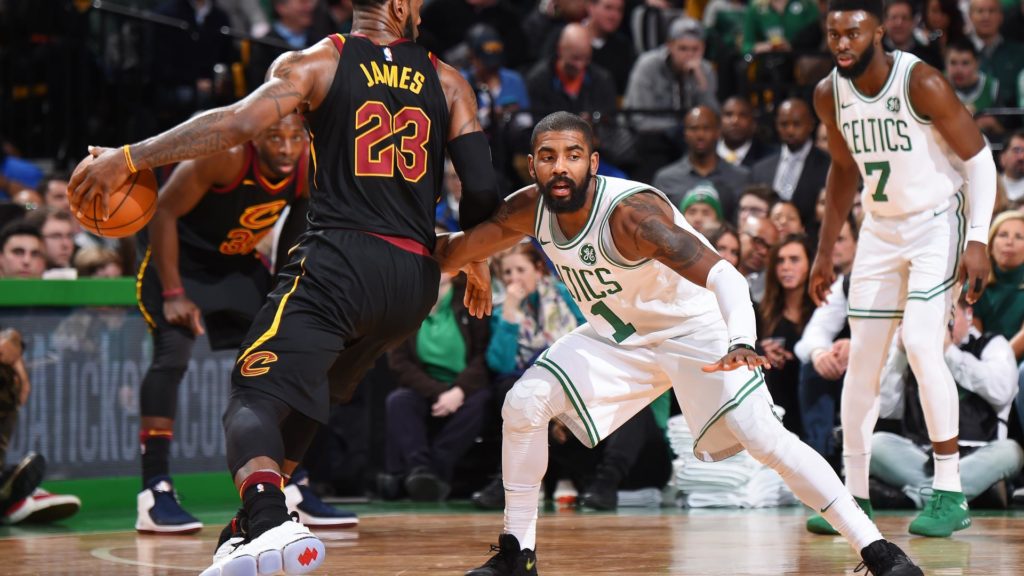 Oskeim Sports provides an in-depth betting preview on tonight’s Eastern Conference finals Game 6 between the Boston Celtics and Cleveland Cavaliers.  If you are interested in premium NBA playoffs picks, be sure to visit Oskeim’s award-winning online store.

Moreover, the Celtics are a perfect 37-0 in their postseason history after winning the first two games of a series.  However, LeBron James has come back from a 3-2 deficit multiple times during his NBA career, including winning Game 6 of the Eastern Conference finals against the Celtics in 2012. 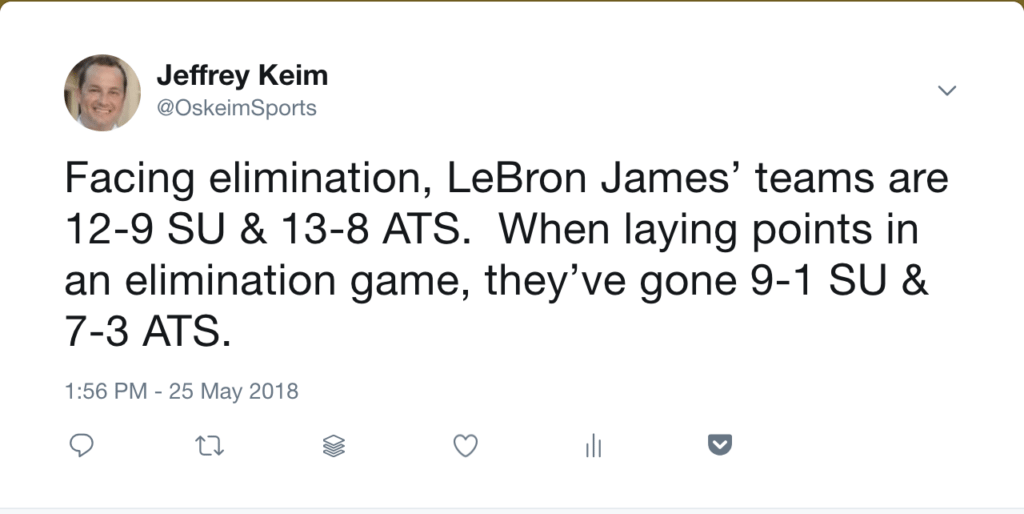 Fatigue is a factor for every player at this juncture of the playoffs but James seems to be especially gassed due to the role he plays for Cleveland. Game 6 at Quicken Loans Arena marks the 99th straight game for James, who hasn’t played that amount of games since his first season (2010-11) with the Miami Heat.

Cleveland head coach Tyronn Lue stated after Game 5’s loss that James seemed fatigued, and Marcus Morris made the same observation. “He looked a little tired to me,” Lue said.

“We throw a lot of different bodies at home.” And he has to do a lot for that team,” Morris said of James. “He does a lot for his team – scores, assists, rebounds. I would think he gets a little tired.”

Lue altered his rotation for the first time this postseason to give James additional rest. James received rest at the end of the second quarter and at the outset of the fourth quarter, both of which are highly uncharacteristic.

James has played more minutes than any other player this postseason at 648. The conference finals are now being played every other day and James has never slept well on planes.

James also admitted that he struggles to sleep in the postseason, especially following a loss. Despite being fatigued, James outscored the rest of Cleveland’s starting lineup combined for the fifth time in the playoffs.

Boston has outscored the Cavaliers by a total of 12 points in this series and had balanced scoring in Game 5. Jayson Tatum scored 24 points – his ninth 20-point game of the postseason – while Al Horford finished with 15 points and 12 rebounds (his seventh double-double of the postseason) and Jaylen Brown had 17 points. Reserves Marcus Morris and Marcus Smart each scored 13 points.

Cleveland’s Fortunes are Determined by the Three-Pointer

Cleveland’s success from beyond the arc determines its fate more than any other team in the league. The Cavaliers have struggled defensively all season and have to rely upon their offense to win games. The one statistic that best illustrated Cleveland’s overall offensive efficiency this season was its three-point percentage, which had a correlation coefficient of 0.58.

In Game 5, James finished 1-of-6 from beyond the arc, while the Cavaliers finished just 9-of-34 overall from deep.

Both Teams Struggle on the Road

Cleveland has a -7.4 Net Rating on the road in this year’s playoffs, while the Celtics own a -11.6 Net Rating away from home this postseason. The teams are a combined 5-10 ATS on the postseason road. Cleveland’s role players have been phenomenal at home; the Celtics youth and inexperience has been evident on the road.

The home-road dichotomy between these teams is the reason I have downgraded our investment on Boston in Game 6.

Exhibit A for this assertion can be found in Tyronn Lue’s remarks following Game 5 in which he was “thrown for a loop” when Boston did not play Ojeleye. Lue’s in-game response was to keep his second-best offensive player (in terms of plus-minus) in Kyle Korver on the bench. Boston head coach Brad Stevens opted to go big in Game 5 and started Aron Baynes.

Rather than going with a small-ball lineup to open up Cleveland’s offense, Lue played Kevin Love and Tristan Thompson together for 23 minutes against Horford and Baynes.