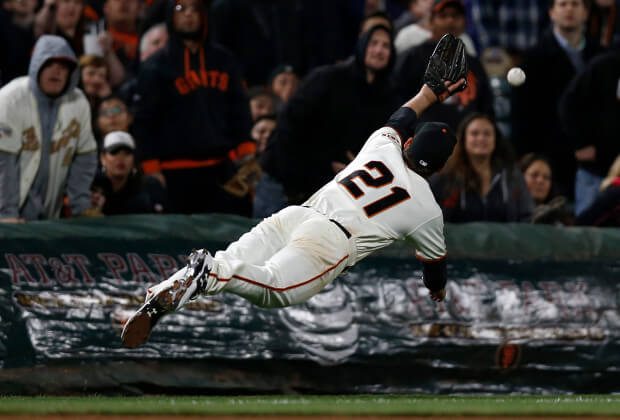 San Francisco right-hander Jeff Samardzija has enjoyed success against the Rockies, going 3-2 with a 2.29 ERA and 1.02 WHIP in seven career starts. The veteran hurler is also coming off a solid 2016 campaign where he posted a 3.81 ERA and a 3.85 FIP.

In 89.1 innings pitched at AT&T Park last year, Samardzija posted a 3.53 ERA, 3.28 FIP and a 21.7% strikeout rate. Samardzija seems to have figured out how to limit the long ball by left-handed batters, limiting lefties to just two home runs in 110 at bats in his final ten National League starts last season.

The key to keeping the ball in the park has been the increased use of his splitter and fastball. The 32-year-old is also backed by a strong San Francisco bullpen that owns a 1.15 ERA and 0.70 WHIP at home and a 1.53 ERA and 0.84 WHIP in its last seven games.

The other issue facing Senzatela is a lack of endurance as he has been losing about 2 mph of velocity over the course of five innings. The drop in velocity isn’t surprising in that the young hurler only pitched 34 innings last year due to a shoulder injury and is still building up his stamina.

With San Francisco standing at 4-0 in its last four games with umpire Bruce Dreckman behind home plate, take the Giants in this National League showdown and invest with confidence.