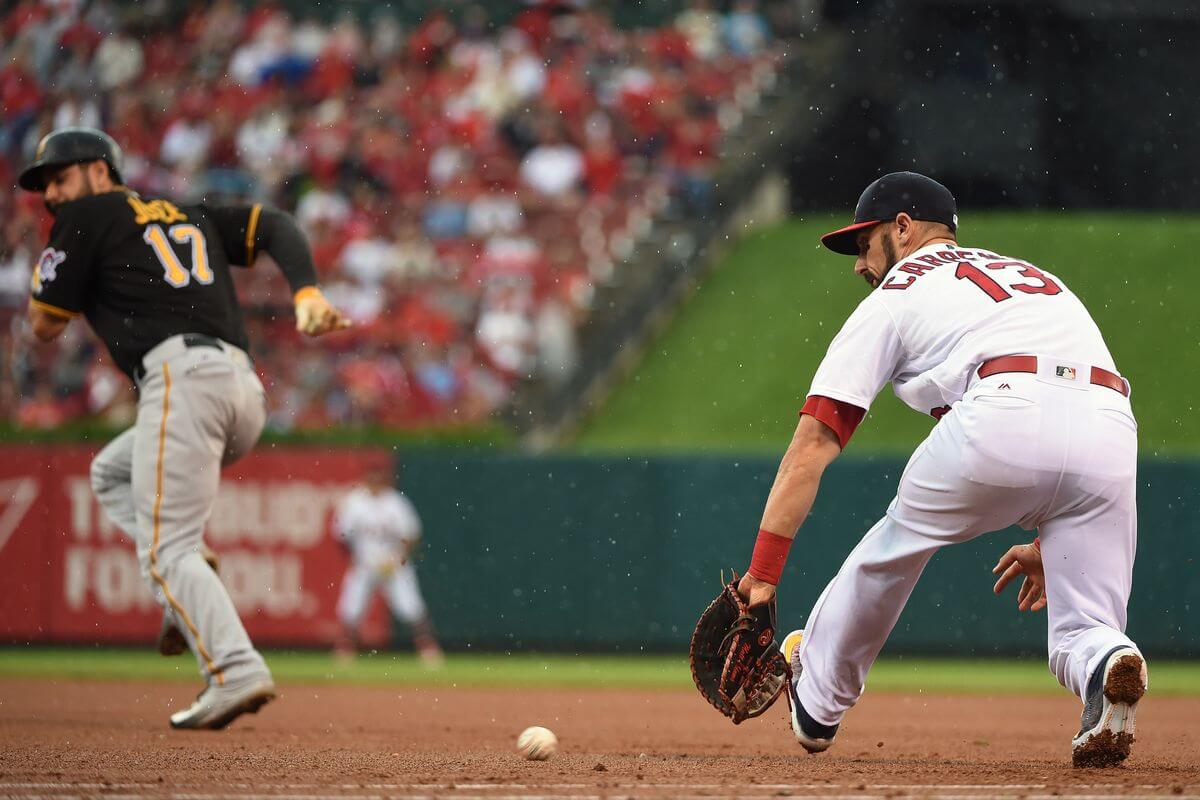 After losing three straight games and nine of their last 11 overall, the Cardinals got back on track with a much-needed 2-1 win over Pittsburgh on Monday.  St. Louis right-hander Mike Leake toes the rubber in excellent form, posting a 0.60 ERA and 0.73 WHIP in his first two starts of 2017.

Leake is a control artist who has induced sixteen outs on the ground in 15 innings of work, and his career 50.7% ground ball rate suggests that more groundouts will be in his future.

The 29-year-old is coming off a disappointing 2016 campaign where he finished with a 4.69 ERA, but his underlying peripherals were much better than his surface statistics.  Leake finished with a 3.83 FIP, 3.76 xFIP and 3.92 SIERA last season, together with an elite 4.0% walk rate.

However, the command specialist suffered bad luck with battled balls in play (.318) and finished with an uncharacteristic strand rate (65.6%).  Leake owns a career .292 BABIP and a 73.4% strand rate so he is poised for a bounce back year in 2017.

Kuhl is also 0-1 with a 6.43 ERA and 2.28 WHIP in two career starts against the Cardinals, both of which came last year.  Technically speaking, the Pirates are a money-burning 1-4 in Kuhl’s last five starts against National League Central opponents and 1-5 in Kuhl’s last six starts following a team loss.

St. Louis owns a perfect 5-0 mark at home in this series and gets an assist from umpire Gary Cederstrom, who is 24-8 in favor of the home team in his last 32 games behind home plate.  The Cardinals are an 80% winning proposition at home with Cederstrom calling balls and strikes.

Finally, St. Louis applies to a very good 70-20 system of mine that invests on certain starting pitchers with elite command versus opponents with below-average on base percentages.