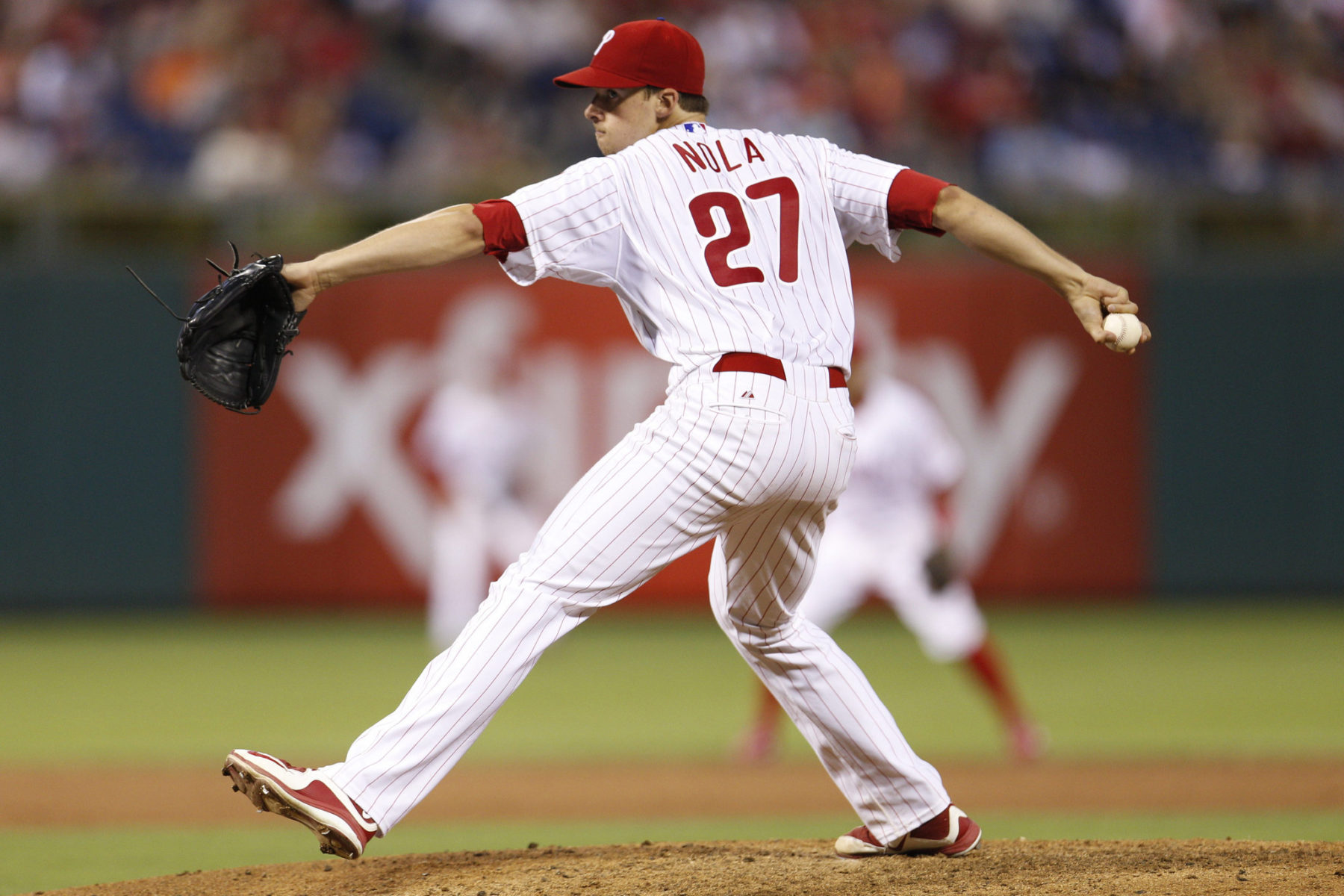 Philadelphia right-hander Aaron Nola made his Major League debut in the National League last July and finished the 2015 regular season with a 6-2 record, a 3.59 ERA, a 1.20 WHIP and 68 strikeouts across 77 2/3-innings. Despite missing the first half of the 2015 campaign, Nola finished tied for the team lead in wins, which epitomizes just how bad the Phillies were last year. The 22-year-old’s surface statistics were fully supported by a 3.58 xFIP and 3.66 SIERA, and I expect further growth from the potential breakout candidate in the National League in 2016.

Nola was spectacular in his season debut, allowing one run on four hits with 8 strikeouts over seven innings against the Reds. The talented righty has also enjoyed success against the Padres, limiting them to a combined four earned runs on eight hits over 13 innings last season (2.77 ERA; 0.92 WHIP; 12/4 K/BB). The concern, of course, is Philadelphia’s woefully inept bullpen that has picked up where it left off last year, posting an unsightly 7.95 ERA and 1.65 WHIP through the first six games of 2016.

Nola is opposed by San Diego right-hander Andrew Cashner, who posted his highest ERA and WHIP since his debut in 2010 last season. Specifically, Cashner was 6-16 with a 4.34 ERA and 144 WHIP in 2015, and the 29-year-old’s projections for this season have been tempered by sabermetrics crowd.

I still like Cashner on a general level as his 3.85 FIP and 3.84 xFIP outperformed his ERA last season, but batters have started to square-up on his once-effective fastball. The 29-year-old’s season debut was an unmitigated disaster, yielding five runs on six hits over four innings against the Dodgers (5/2 K/BB).

Let’s also note that Cashner is 1-5 with a 5.51 ERA in his last eleven road starts. San Diego also placed third baseman Yangervis Solarte on the 15-day disabled list with a strained right hamstring suffered Friday. “It’s frustrating, it’s early in the season, I’m trying to help the team, trying to play well,” Solarte said. “It’s frustrating, but I can’t do anything about it. Especially having gotten an opportunity this year, I think anyone would be frustrated.”