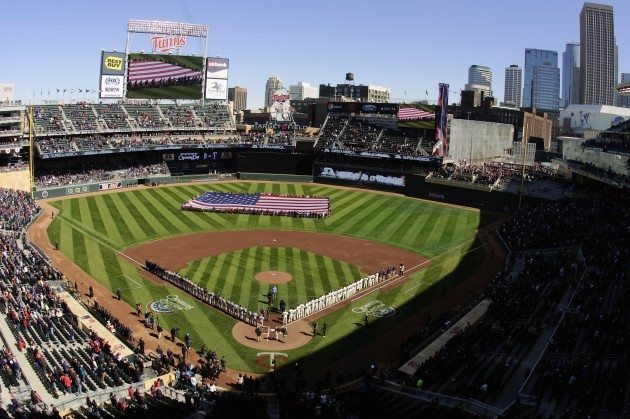 Oakland is a money-burning 6-20 as a road underdog, 7-21 versus teams with a winning record and 4-23 following a win (1-9 this season), whereas the Twins are a perfect 6-0 in their last six games versus teams with a losing record. And, speaking of the Twins, is there a hotter team in baseball right now? Minnesota is coming off a four-game sweep over the White Sox in which the Twins compiled 31 runs, including plating 12 in the series opener against Chris Sale.

My initial concern was with the health of Minnesota starter Phil Hughes, who left his last start after five innings due to tightness in his left hip. However, reports from Minnesota indicate that Hughes is healthy after throwing his normal between-starts bullpen session on Friday. “Yep, I aired it out, tried not to think about it, and I’m good to go,” Minnesota manager Paul Monitor quoted Hughes as telling him. While the 28-year-old is 0-4 with a 4.55 ERA and 1.23 WHIP this season, he is known for getting off to a slow start before hitting his stride in May.

The other red flag involving Hahn is his plummeting swinging strike rate, which has dropped significantly this year. In 2014, Hahn boasted a 22.9% K%. Through four starts this season, he owns a career-low 12.6% k%. Hahn is also the beneficiary of a .235 BABIP, which is likely to regress in the near future. Based on the underlying metrics and positive variance, I believe Jesse Hahn is a perfect “sell high” candidate for those in fantasy leagues.

Minnesota would have been my highest rated baseball selection to date, but one troubling trend tampered my enthusiasm. The Athletics have won eight of their last nine trips to Target Field, averaging 8.2 runs per game in that span. Regardless of that statistic, I really like the Twins tonight and recommend a solid 2 Star investment in this Major League Baseball matchup.