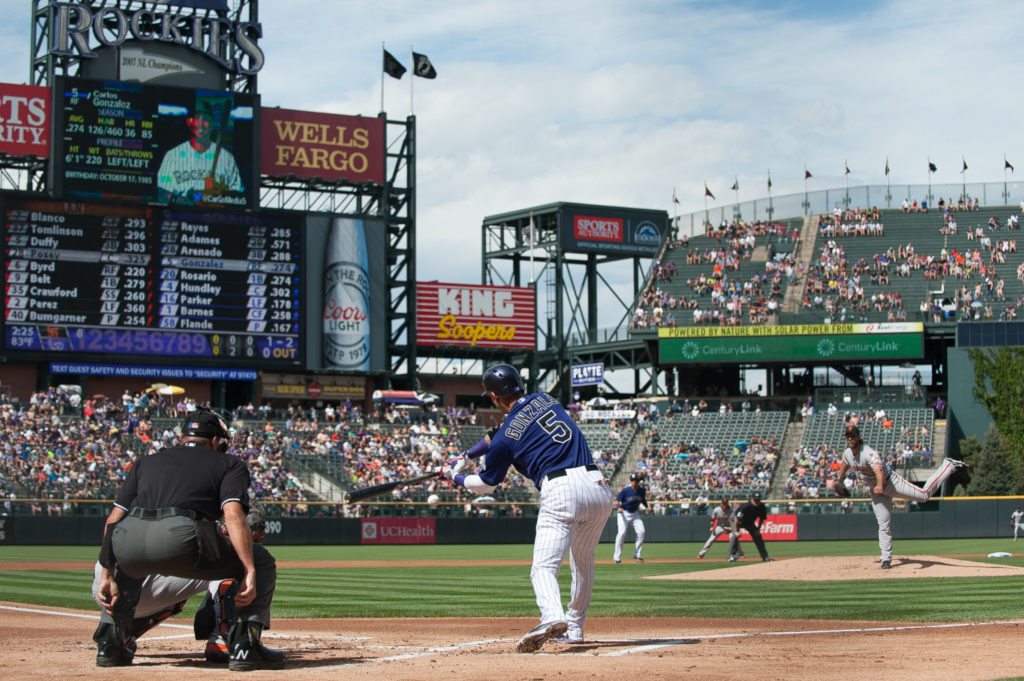 Oskeim Sports previews Friday’s game between Atlanta and Colorado and recommends taking the Rockies in their home-opener as one of his free MLB picks for April 6.

Colorado returns home after starting the 2018 campaign with a seven-game road trip, which is significant in that the Rockies are 13-3 in their last sixteen home games following an extended road trip.

Colorado right-hander German Marquez posted a 4.39 ERA and 4.40 FIP last season, together with 8.17 K/9 and 2.72 BB/9 rates. The 23-year-old increased his velocity by 1.5 mph in 2017, thereby creating more separation between his curveball and fastball.

Let’s also note that the talented righty posted a 3.76 xFIP in 80.1 innings at Coors Field last year.  Marquez got off to a strong start to the 2018 season by pitching five shutout innings at Arizona on March 31.

From a technical standpoint, the Rockies are a profitable 9-2 in Marquez’s last 11 home outings, 11-5 in Marquez’s last sixteen starts versus .501 or greater opposition and 4-0 in his previous four outings on Friday night.

Marquez is supported by one of the best bullpens in the Majors after ownership spent $122 million guaranteed on newcomers during the offseason.

This investment makes perfect sense in that the altitude (and overall environment) of Coors Field is physically taxing on starting pitchers so the Rockies need to be able to rely upon a deep and talented bullpen.

The Rockies ranked seventh in the Majors with a bullpen ERA- of 88 last season and ownership appears to have upgraded a very good relief staff to one of the game’s best.

McCarthy was significantly worse away from home last season where he posted a 4.67 ERA, 4.34 xFIP and a subpar 10.1% K-BB%.  What concerns me most about McCarthy is tonight’s venue – Coors Field – where he has yielded a combined 13 earned runs on 18 hits in three career starts, a span covering just fifteen innings.

The Braves enter the 2018 campaign with one of the worst bullpens in the Majors.  A.J. Minter is arguably the best arm in Atlanta’s bullpen after striking out 32% of the 237 minor-league batters he faced last season.

Upon being promoted to the Majors, Minter proceeded to strike out 43.3% of the batters he faced, although the 15.0 inning sample size renders those results meaningless.

Outside of Minter, who is an unknown commodity at this level and guaranteed to experience growing pains in his first season under the bright lights, the Braves have to rely on Arodys Vizcaino (career 12% walk rate) and Jose Ramirez (4.88 FIP in 2017).

Finally, Atlanta is just 1-5 in its last six games versus a right-handed starter and 1-6 in its last seven road tilts.  With Colorado representing a 75% winning proposition at home in this series over the previous three seasons, take the Rockies as one of Oskeim’s free MLB Picks for Friday, April 6.