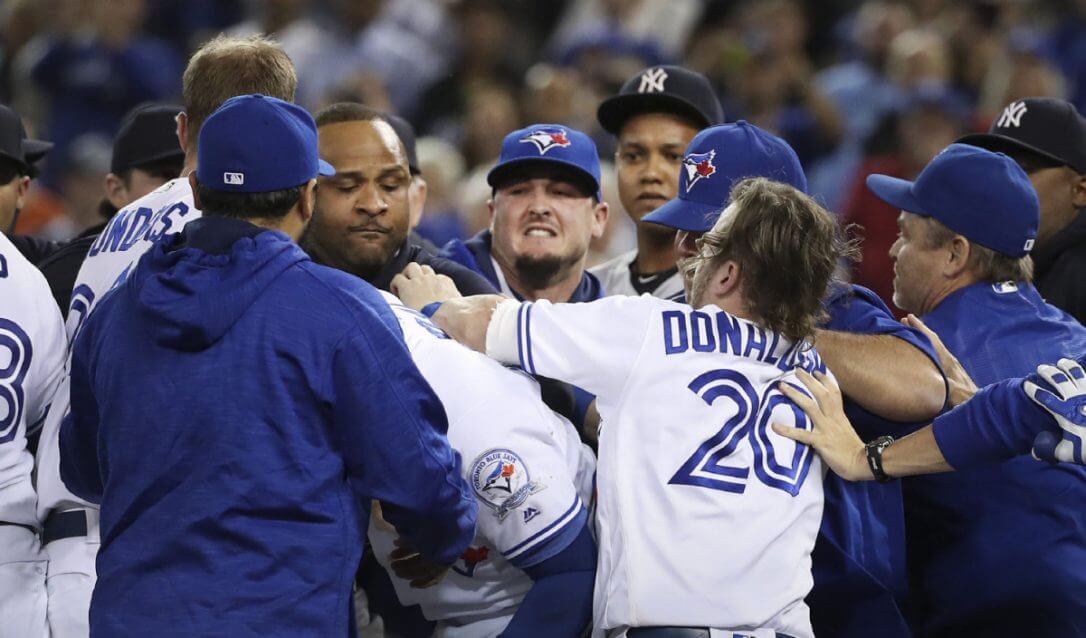 Toronto right-hander Marcus Stroman takes the mound with a 2.97 ERA, 2.84 FIP, 3.10 xFIP and a 3.27 SIERA through his first five outings this season, a span covering 36.1 innings.  Stroman is 5-2 with a 2.17 ERA and 0.96 WHIP in eight career starts against the Yankees, including throwing a seven-inning shutout last September.

Stroman is 2-0 with a 1.17 ERA and 1.04 WHIP on the road this season so tonight’s venue should not be a problem for the talented righty (although he does own a 4.12 ERA in four career starts at Yankee Stadium).  Last season, Stroman was 1-1 with a 1.80 ERA in three starts against the Yankees.

Stroman has allowed two runs or fewer in all but one of his starts this season and garnered a career-high five strikeouts with his four-seam fastball in his last outing against the Rays.  He threw his four-seamer 42.9% of the time in two-strike counts, indicating that his confidence in the pitch is at an all-time high.

The current New York lineup is batting a combined .176 (15-for-85) against Stroman.  Let’s also note that the Blue Jays are 6-1 in Stroman’s last seven starts against New York, whereas the Yankees are 0-6 in CC Sabathia’s last six outings against Toronto (dating back to 2014).

Finally, tonight’s home plate umpire, Bill Welke, is 10-4 in favor of the road team in his last fourteen appearances with the mask on.  With Toronto standing at 4-1 in its last five games versus left-handed starters, take the Blue Jays at an excellent price as Oskeim’s Free MLB Best Bet for Wednesday, May 3.

Be sure to check back here daily for more free Best Bet winners in baseball and basketball.