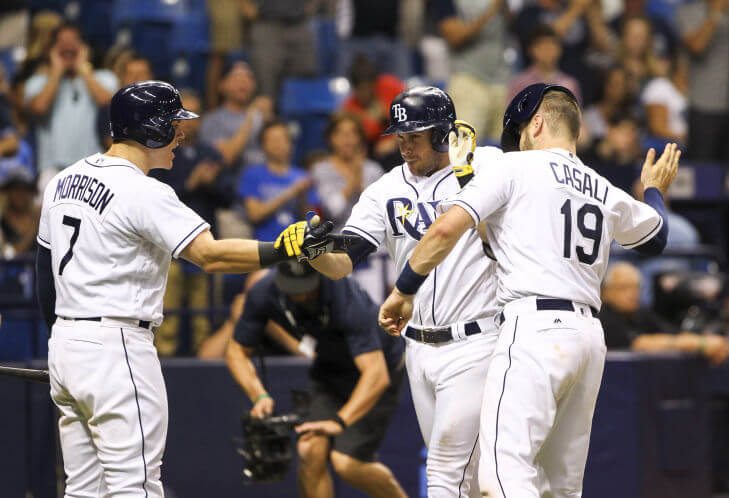 Seattle left-hander James Paxton takes the mound in excellent form with a 2.25 ERA over his last three starts, including throwing 6 1/3 innings of shutout ball against the Rangers in his last outing.

Matters got even worse for Tampa Bay last night when third baseman Evan Longoria was removed in the 11th-inning of last night’s game due to tightness in his left forearm. I expect Longoria, who is batting .278 with 16 home runs and 40 RBIs, to be held out of this afternoon’s game.

In his first MLB start this season, Snell limited the Yankees to one run over five innings of work. Let’s also note that the Mariners are averaging a woeful 3.9 runs per game versus left-handed starters (.236 AVG.; .286 OBP; .666 OPS).

Technically speaking, the UNDER is 44-15-2 in the last 61 meetings in Tampa Bay between these squads and 21-8-1 in the Rays’ last 30 home games. With the UNDER standing at 12-2 in Tampa Bay’s home games following a win this season, take the UNDER 7.5 runs in the afternoon MLB affair and invest with confidence.