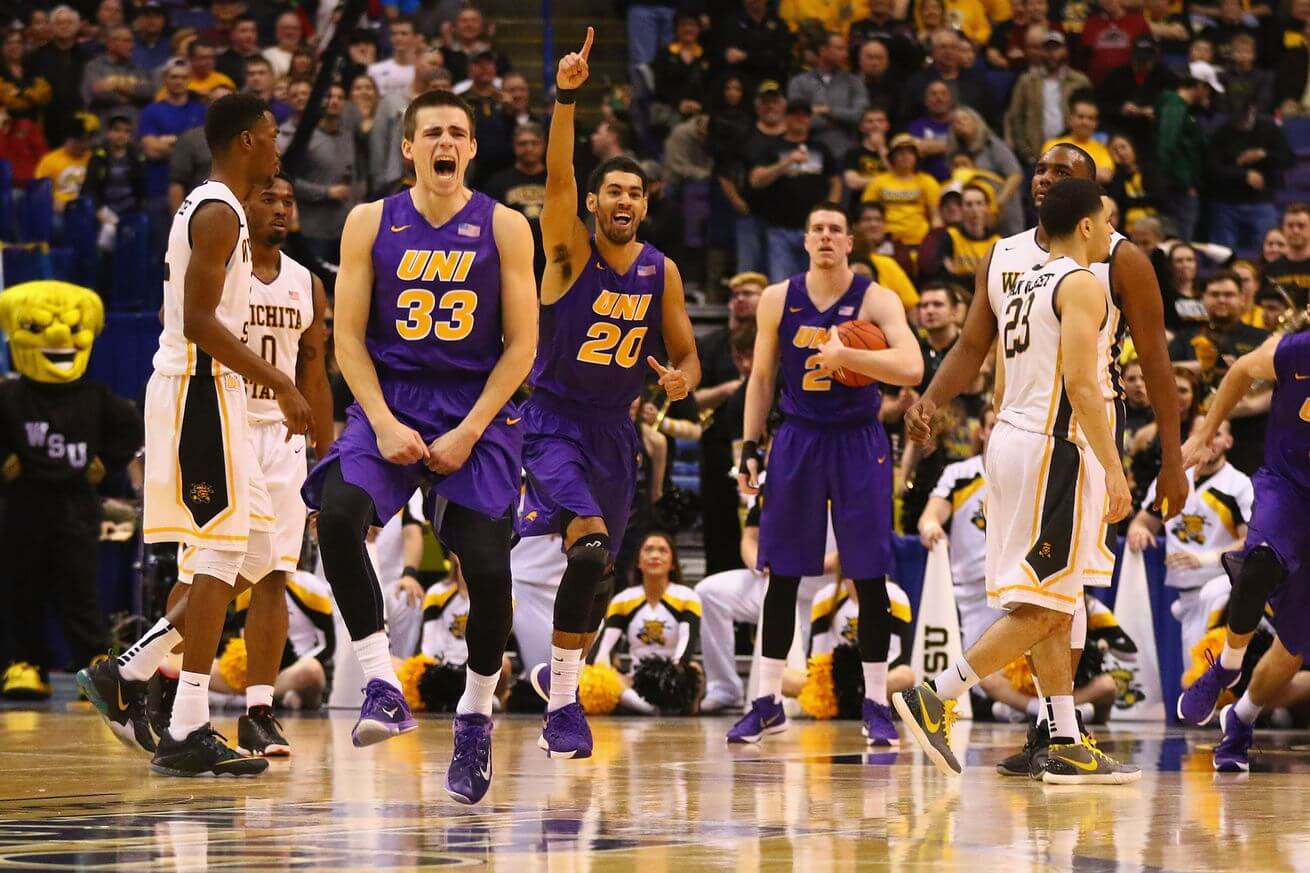 The underdog is a profitable 25-10-1 ATS in this series, while the road team is 27-10-1 ATS.  The Panthers are 14-4 ATS in the last eighteen meetings in this series, and I expect that trend to continue this afternoon against a reeling Missouri State squad that is 1-5 ATS in its last six games as a favorite.

Northern Iowa has quietly become one of the hottest teams in college basketball, winning seven of its last 8 games and covering the point spread in six of those contests.  The Panthers’ success has been predicated upon a stifling defense that is allowing 64.3 points per game to teams that would combine to average 73.1 points per game against a mediocre defense.

Missouri State’s offense has been heading in the wrong direction in Missouri Valley Conference action, averaging just 71.3 points per game (42.1% FG%).  In its last eight games, Northern Iowa has allowed 60 points or less in five of those contests (60, 57, 54, 60 and 41 points, respectively). The Panthers limited Missouri State to 64 points in their 68-64 win on December 28, and Northern Iowa’s stop unit has only become better since that affair.

In what is expected to be a competitive game, Northern Iowa is making 73.9% of its free throws this season, including 76.3% in conference play and 74.2% over its last five games.  In contrast, the Bears are shooting 69.1% from the charity stripe this season, including just 67.2% at home.  Let’s also note that Missouri State is a 70% ATS losing proposition at home and has failed to cover the spread in four straight games overall.

Finally, Northern Iowa applies to a very good 52-20 ATS system that invests on certain road teams in competitively-priced games (+3 to -3) after allowing 65 points or less in four consecutive games, provided they are matched up against an opponent with a mediocre defense.

With Northern Iowa standing at 34-15-4 ATS following a win and 9-4 ATS as an underdog, take the Panthers as Oskeim Sports’ free Missouri Valley Conference winner for Sunday, February 12.