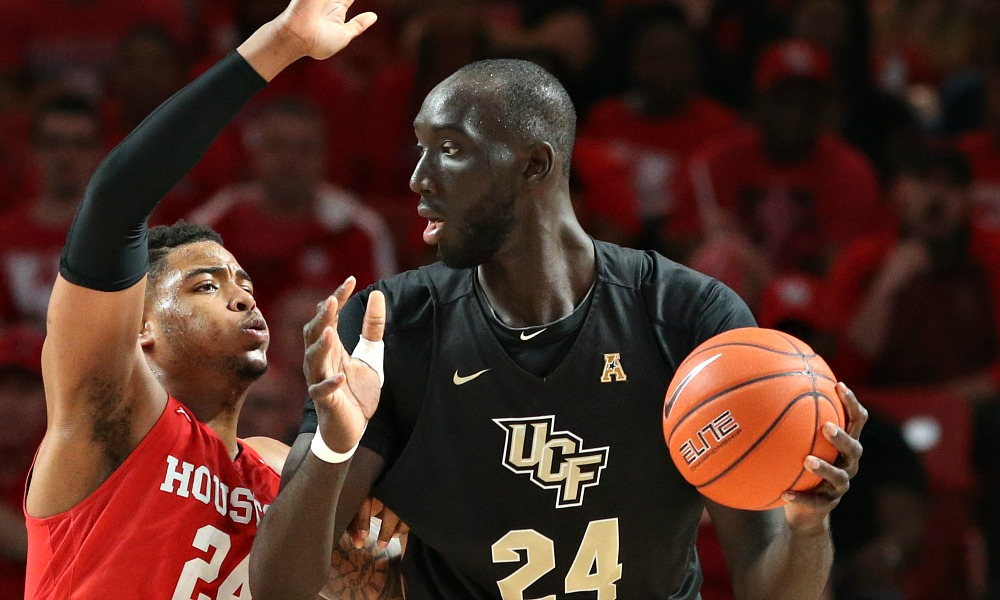 Oskeim Sports previews the NCAA Tournament opening round game between Virginia Commonwealth and Central Florida.  Oskeim is one of the best March Madness handicappers in the nation and recommends taking the Rams as one of his March Madness Best Bets.

Now that VCU guard Marcus Evans has been upgraded to probable for this game (reports indicate that he’s good to go but he hasn’t been able to simulate game action in practice), I feel comfortable releasing the Rams as a Best Bet.

Evans has recorded the 23rd-highest steal rate (4.1%) in the country and is worth several points to the line when he’s healthy.

First, the wrong team is favored as my math model favors VCU by 0.72 points in this opening round game. Second, VCU is 10-3 ATS in its last thirteen games overall and has been a solid investment in the NCAA Tournament as evidenced by its 15-4 ATS mark in this event.

VCU’s success begins at the defensive end of the floor where it’s allowing just 61.6 points per game on 38.4% shooting from the field and 27.6% from beyond the arc to teams that would combine to average 71.7 points per game against a mediocre defense.

The Rams are 9-5 ATS on the road this season where they are limiting opponents to a mere 61.3 points per game on 37.6% shooting from the floor and 27.0% from three-point territory.

The Rams play a very aggressive form of man-to-man defense that defends quite well in the half-court. The Rams alternate between a man press and a zone press before the opponent reaches the half court, at which point they switch to more pressure to disrupt the other team’s offensive flow.

VCU has the luxury of playing 40 minutes of relentless defense because its bench goes eleven deep and not a single player averaged more than 28 minutes per game during the 2018-19 campaign.

Overall, VCU ranks 5th in the nation in defensive efficiency (87.6), 6th in turnover defense (23.6) and 2nd in three-point percentage defense (27.4%). While the Rams’ style of defense results in a lot of fouls (280th in free throw rate defense), Central Florida is not positioned to take advantage of getting to the line.

Indeed, despite getting to the line at the second-highest rate in the nation, the Knights rank 333rd in the country in free throw percentage. Central Florida’s Tacko Fall, who stands at 7’6, shoots just 36.1% from the charity stripe!

Central Florida’s offense is predicated on playing through Fall in the low-post (59th-ranked adjusted offensive efficiency) but the Rams own the second-highest two-point defense (43.8) in the country.  The Rams also have a productive attack as they generated the 52nd-highest 2-point rate (53.7%) in the country.

VCU forward Marcus Santos-Silva (10.1 ppg) was very productive in the low post against Rhode Island, finishing with 26 points and 22 rebounds in the game.  I expect Evans and Santos-Silva to exploit a softening Central Florida interior defense that allowed the fourth-highest 2-point scoring rate (49.4%) in conference play.

The Rams should get second-chance opportunities at the offensive end of the floor behind their 31.1% offensive rebounding rate.

From a technical standpoint, teams that lost in the first round of their conference tournament as No. 1 seeds (VCU) are a profitable 35-7 SU and 27-12-3 ATS in the opening round of the NCAA Tournament.

The wrong team is favored in this game and the Rams have a substantial advantage on the sidelines with Mike Rhoades. Take VCU as one of Oskeim Sports’ March Madness Best Bets and invest with confidence.