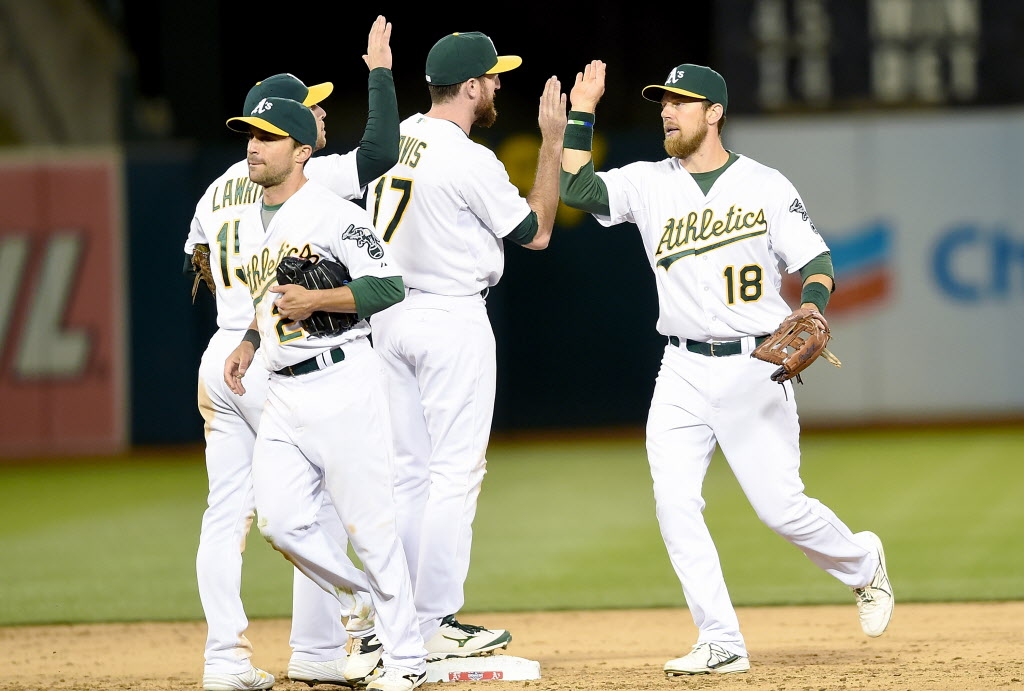 Oakland southpaw Scott Kazmir completely turned around his career after going 15-9 with a 3.55 ERA and 1.16 WHIP last season. Kazmir’s 7.8% home run per fly ball rate beat his 9.2% career average and was tied for the 22nd-lowest mark in Major League Baseball. Kazmir’s 7.75 strikeouts per nine innings rate ranked 33rd among qualified starters, as did his 9.3% strikeout rate, which tied for 34th. More importantly, Kazmir’s peripheral numbers were fully supports by his underlying metrics:

Kazmir is also coming off an outstanding spring training wherein he was 2-0 with a 1.00 ERA and 0.78 WHIP over eighteen innings of work (14/4 K/BB). “I don’t know how you get much better than that,” Bob Melvin said. “When you look up there and see his ball-strike ratio is like 23-to-5 in his first 28 pitches, you know he’s on it.” I also like the fact that Kazmir is 9-5 with a career 3.32 ERA and 1.24 WHIP versus the Rangers, including allowing just one earned run in 7 innings pitched at Texas last September.

Meanwhile, Texas sends Ross Detwiler to the mound, who was traded by Washington after compiling a pedestrian 4.00 ERA in 63 innings out of the bullpen last season. Detwiler missed some spring training due to an off-arm injury (only 9.2 innings of work) and is not a reliable starter at this level based upon his underlying metrics:

Kazmir is supported by one of the best defenses in baseball as the Athletics were the most efficient defensive team in 2014. Oakland also underperformed last season as its 157 run differential is more indicative of a 95-99 win team as opposed to the 88 wins the Athletics actually earned in 2014. In contrast, the Rangers had then worst record in the American League last year and also posted the worst run differential in Major League Baseball.

Texas also possesses one of the worst bullpens in the American League. With the vast majority of their bullpen returning from last season, the Rangers have a relief corp. that finished 2014 ranked 26th in strikeout percentage, 16 in BB percentage and 29th in inducing ground balls. From a technical standpoint, Oakland is 21-7 in Kazmir’s last 28 starts as a favorite and 20-9 in Kazmir’s last 29 outings with a total between 7 and 8.5 runs.

With Texas standing at 1-7 in its last eight games with home plate umpire Jim Wolf calling balls and strikes, take the Athletics and invest with confidence.