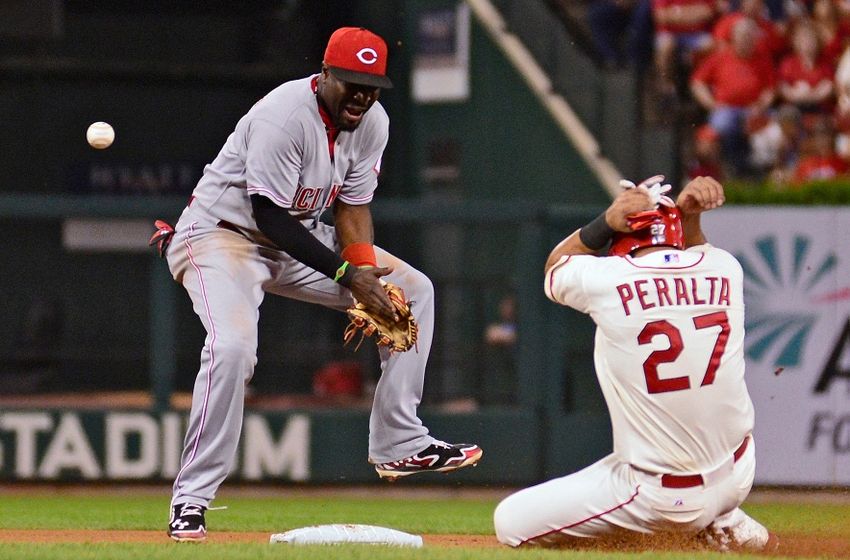 There is a lot to like about St. Louis starter Carlos Martinez, beginning with the fact that he possesses one of the most impressive pitching repertoires in Major League Baseball. The 23-year-old hurler features a four-seamer, a two-seamer, a changeup, a slider and what has been described as an “angried-up” breaking ball.  Major League Baseball scouts have also commented about the fact that Martinez throws one of the best sinkers in baseball, oftentimes being compared to the one thrown by Marcus Stroman.

Martinez was 2-4 with a 4.03 ERA and 1.41 WHIP over 89.1 innings last year, but those peripheral numbers do not reflect his underlying metrics. Martinez maintained a solid strikeout rate (8.46 per nine), together with a devastating swinging strike rate (12.9%). The young gunslinger also boasted a 3.18 FIP, 3.54 xFIP and 3.45 SIERA in 2014. Martinez now faces a scuffling Cincinnati lineup that is batting .203 with a .271 on base percentage, including hitting .183 with a .246 on base percentage in day games.

Cincinnati’s lack of production is not surprising in light of the fact that the Reds were 28th in runs scored last season, scoring fewer than 600 for the first time since 1982. Management only made one change to the lineup, bringing in 37-year-old Marlon Byrd from Philadelphia (.312 OBP).

Meanwhile, Cincinnati right-hander Raisel Iglesias has gone from being a Cuban defector to earning a spot in the Reds’ starting rotation in just seventeen months. The 25-year-old will become the first player in five years to make his Major League Baseball debut without having appeared in the minors.

Iglesias was signed to a seven-year contract in June after pitching three seasons with Isla de la Juventud in one of Cuba’s top baseball leagues, going 8-12 with a 3.47 ERA.  Iglesias came out of the bullpen in Cincinnati’s first three spring training games before finishing the exhibition campaign with three starts. And, those three starts were less than stellar as Iglesias went 0-2 with a 5.58 ERA.

“How much can he handle as far as the workload goes? Long-term, we see him as a starting pitcher,” manager Bryan Price said in spring training. “The question is do we feel comfortable giving him enough innings to be a starter in our rotation all season long.”

While Iglesias struggled in the spring, Martinez excelled, posting a 2.81 ERA and 1.00 WHIP over sixteen innings. I also like the fact that Martinez is 2-1 with a career 2.87 ERA versus the Reds, although those numbers were garnered out of the bullpen.

From a technical standpoint, St. Louis is 20-9 in its last 29 games as a favorite and 46-21 in its last 67 during game 3 of a series. Finally, the Cardinals are 9-4 in their last thirteen games with umpire Kerwin Danley behind home plate, while the road team is 6-1 in Danley’s last seven overall. With St. Louis standing at 5-2 in Martinez’s last seven starts, take the Cardinals and invest with confidence.