Kentucky Looks to Become Bowl Eligible With Win Over Georgia 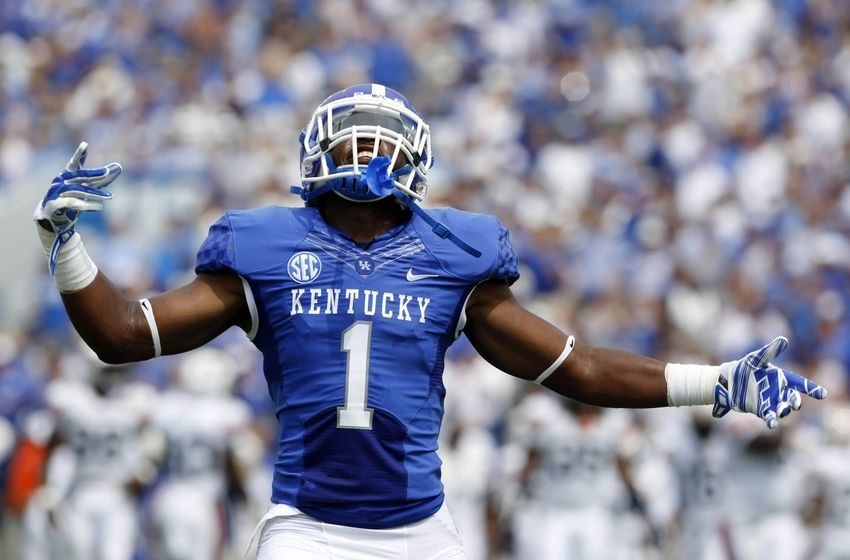 Head coach Mark Stoops is doing a tremendous job with Kentucky’s football program as the Wildcats are +123 net yards per game better than last year’s squad and are one win away from becoming bowl eligible. Kentucky’s success is based upon a good defense that is allowing 24.2 points per game at 5.0 yards per play to teams that would combine to average 5.4 yards per play against a mediocre defensive squad.  The strength of Kentucky’s stop unit is its secondary that is allowing just 5.6 yards per pass play to a group of quarterbacks who would combine to average 6.9 yards per pass play.

Georgia should have success moving the chains on the ground as its running game is 1.7 yards per rush play better than average, which is certainly good enough to garner solid yardage against a mediocre Kentucky front seven.  The concern for Georgia backers, however, is the fact that the Bulldogs are 2-2 SU and ATS on the road this season where they are only averaging 4.6 yards per rush play and 5.9 yards per play, which are both significantly worse than their season averages.

Let’s also note that star running back Todd Gurley remains suspended for one more game after acknowledging that he accepted more than $3,000 over a two-year period for autographs and memorabilia.  And, Georgia’s attack will quickly become one-dimensional as the Bulldogs won’t be able to throw the ball against Kentucky’s outstanding secondary.

The situation is favorable to Kentucky as the Bulldogs arrive in town having just suffered an embarrassing loss to Florida, which effectively dashed their national championship hopes.  The Bulldogs are also playing in their fourth consecutive road game, which is a difficult endeavor at this juncture of the season.  From a technical standpoint, Georgia is  a money-burning 1-5 ATS on the conference road following a loss, 1-5 ATS as double-digit road favorites and 1-8 ATS as favorites of seven or more points versus .444 or better opposition.

Kentucky has covered three of its last four meetings at home, and I expect that trend to continue this afternoon. Take Kentucky to become bowl eligible and invest with confidence.