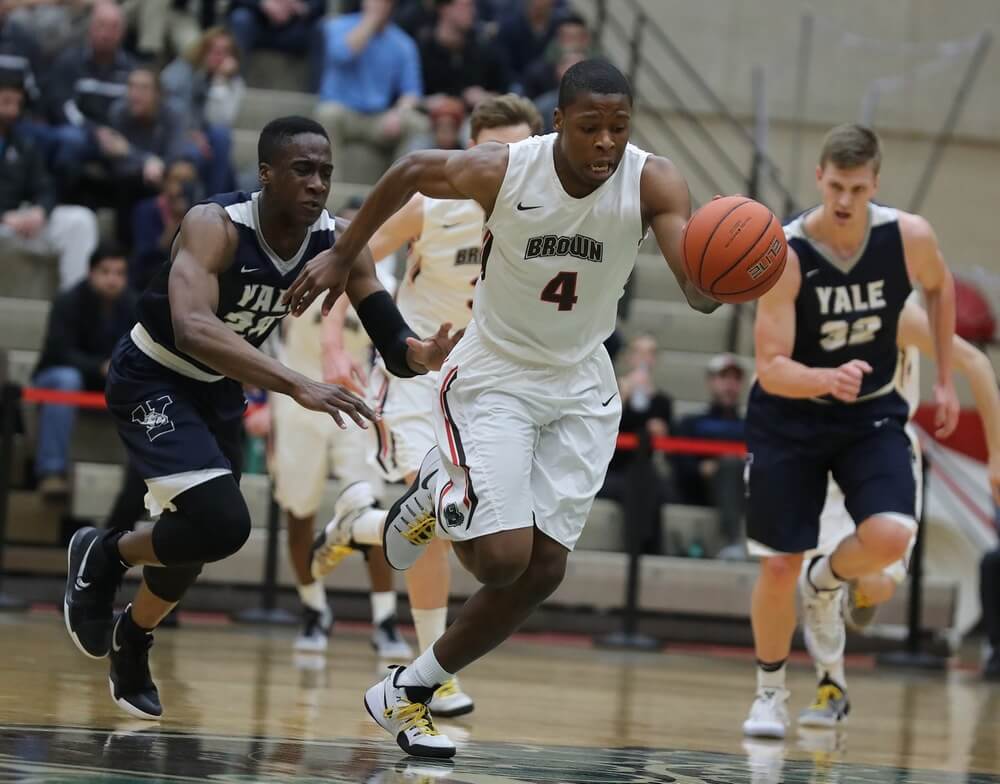 Brown possesses an explosive offense that is averaging 77.3 points per game (38.0% 3-PT%) against teams that would combine to allow just 73.4 points per game to a mediocre offense. More importantly, the Bears are 8-2 SU and 3-0 ATS at home this season where they are averaging 83.1 points per game on 47.2% shooting from the field and 40.4% from beyond the arc.

Brown has recently secured upset wins over Ivy League foes Pennsylvania (82-70; 9.5-point underdog) and Cornell (81-70; 2.5-point underdog) and has covered seven of its last 9 home games.  The Bears are also 22-8-1 ATS after failing to cover the spread in their previous outing and 4-0 ATS in their last four home games following three or more consecutive road affairs.

The scheduling situation strongly favors the Bears in that Harvard is coming off an emotional 57-56 loss to Princeton on Saturday and has a huge game on deck against Yale on Saturday. Harvard has defeated Brown in four straight meetings so showing up flat in Providence is a distinct possibility for head coach Tommy Amaker’s squad.

While it is true that the Crimson has extended time off since its heartbreaking loss to Princeton, they are a money-burning 1-8 ATS on the road when playing with 5 or more days of rest and 10-23 ATS on the road following a close loss by six points or less.

Harvard arrives in Rhode Island with a subpar offense that is 2.0 points per game worse than average (69.4 points per game against teams that would combine to allow 71.4 points per game).  The Crimson are shooting just 43.6% from the field, including 43.3% away from home.  In its last five games, Harvard is making an even-worse 42.7% of its field goal attempts.

In contrast, the Bears are 3-2 ATS in their last five games over which time they are averaging 78.0 points per game on 38.0% shooting from three-point territory.  Harvard’s perimeter defense has been suspect on the road where it’s allowing opponents to make 37.5% of their three-point attempts.  With a potent perimeter attack that is making over 40% of its three-pointers at home, the Bears are poised to pull off another upset in Ivy League play.

With Brown standing at 5-1 ATS in the last six meetings in this series, grab the points with Brown as Oskeim Sports’ Free Ivy League Best Bet and invest with confidence.