The Iowa Hawkeyes Provide Point Spread Value for Bettors in 2014 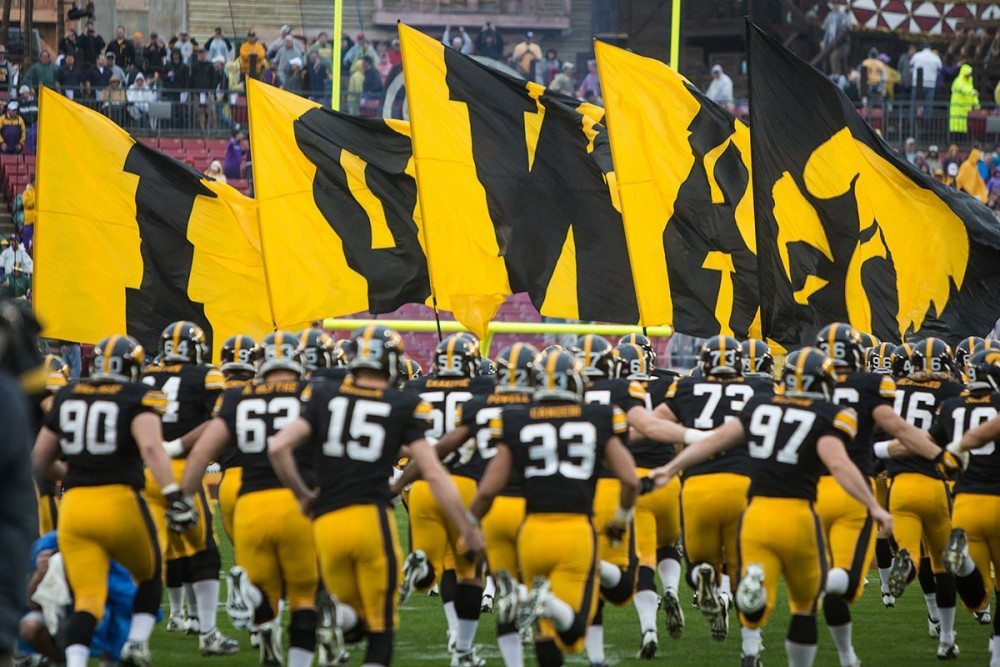 Stability is the best word to describe Iowa as the Hawkeyes are one of only three schools that have had just two head coaches since 1979.  Iowa head coach Kirk Ferentz is one of my favorite leaders on the sideline and continues to be undervalued by sports bettors across the nation.  Indeed, Ferentz has been named Big Ten Coach of the Year three times since replacing Hayden Frye in 1999, and I believe he enters the 2014-2015 campaign with his best team in many years.

Jake Ruddock became the first Iowa quarterback to make his debut in the season opener (2013) since 1994, and the sophomore threw for 2,383 yards (59.0%; 18-13 ratio).  Now that he has a season of experience under his belt, I expect improved play from Ruddock this year.  Ruddock is supported by a very strong Iowa backfield led by Mark Weisman, who averaged 4.3 yards per rush attempt last season.  With the entire unit back from last season, the Hawkeyes field one of the most talented and experienced group of running backs in years.

The strength of Iowa’s offense remains with its offensive line that returns 62 career starts.  Left tackle Brandon Scherff anchors the line, together with senior Andrew Donnal and junior Jordan Walsh.  The biggest loss sustained by Iowa’s offense during the offseason was tight end CJ Fiedorowicz, who was drafted by the Houston Texans in this year’s NFL draft.  However, despite that loss, the Hawkeyes should get greater production from their wide receiving corp. this season due to the maturity of Jake Ruddock.

Iowa takes the field with one of the nation’s best defensive lines that returns seven of its top eight performers from last season.  This unit limited opponents to 128 yards per game (3.6) and should improve upon those numbers in 2014.  The biggest concern for coach Ferentz is with with his linebacking unit that loses its top three tacklers from 2013.  Anthony Hitchens (drafted by Dallas), Christian Kirksey (drafted by Cleveland) and James Morris all depart, taking with them 73 of 75 starts from the last two years!  The top returnee is Quinton Alson, who only had twelve tackles last season.

Special teams continues to be a disappointment for the Hawkeyes despite bringing in a special teams coach from the NFL (Chris White; 4 years with the Vikings) last season.  After a mediocre finish last year, Iowa loses star place kicker Mike Meyer (16-of-22 last year; 45-of-58 previous 3 years) and kick returner Jordan Cotton, who averaged 25.2 yards per return in 2013.  Overall, Iowa will be vastly improved on the offensive side of the ball as the Hawkeyes return Jake Ruddock, together with their top two running backs and two of their best three wide receivers.  The schedule is also favorable for the Hawkeyes as they get to play Nebraska, Wisconsin and Northwestern at home.

Iowa is a legitimate contender in the Big Ten West and could walk away with the division title.