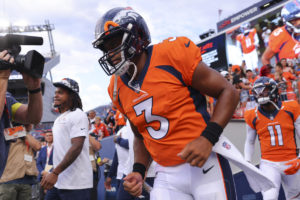 Fast forward to 2022 and those numbers are changing. The numbers will continue to change as a new generation of betters takes over. Younger bettors that have grown up playing fantasy football find betting on individual players rather than teams both exciting and lucrative.

The trend toward NFL player props will continue. As more bettors make more NFL player prop bets, the question that arises is how do you win more of these bets?

Typically, NFL player prop bets are available on a Tuesday morning of a game week. Sportsbooks will add more props as the week wears on. That means bettors should monitor the market during the week.

The NFL player props market is relatively newer. That means that there are some inefficiencies as sportsbooks adjust. Sportsbooks are aware that they are still working out the kinks. They protect themselves by reducing the maximum allowed bets. Sportsbooks also charge more juice on a player prop than on a traditional bet. While the standard point spread bet carries juice of -110, a typical player prop wager is more often at -120.

Sportsbooks continue to add new NFL player props, but some of the more popular categories are quarterback passing yards and passing touchdowns. Sportsbooks know the public loves to bet on Aaron Rodgers and Patrick Mahomes. The books are usually on the right side of bets on popular players.

One area where sportsbooks are having a tough time is the Anytime Touchdown Scorer market. There will usually be 20 players per team plus the team’s defense in this category. Sportsbooks go deep into the roster and offer up odds on third-string wide receivers and running backs.

The great thing about the Anytime Touchdown Scorer is that bettors can find great odds. Take the Super Bowl last year as an example. At a fairly large sportsbook, more money was wagered on Cooper Kupp to score a touchdown than was put down on the game’s point spread. Kupp, of course, scored twice and was the game’s MVP. That made a lot of bettors happy.

So, how do you get to be a happy bettor when betting NFL player props?

One of the first things to look at is matchups. Look for extremes like a top-5 receiver against a bottom-5 defensive back. These matchups have more value than those between players more toward the median.

There is a plethora of available statistics and metrics online. For example, if you find a wide receiver’s total yards prop that you like, it would pay to look at things like his number of targets per game, catches per game, yards per catch, and usage rate.

Speaking of usage rate, bettors should understand this concept. It is simply how much a player is used. For a running back, for example, it is just his number of carries. This can be an important number when predicting a player’s outcome in a particular game.

It also helps to have an idea of football strategy too. Take a game played in windy conditions. Teams are more likely to run the football. This affects a running back’s usage rate and ultimately his rushing yards total.

Use Game Spreads & Totals as a Guide

Bettors can use point spreads and totals to help in making player prop bets. Let’s say you have a 10-point road underdog. You like their running back’s rushing yards prop. You might want to think again though.

The running back’s team is getting 10 points. That means it’s likely his team will be trailing for much of the game. Teams that are behind aren’t as likely to run the ball. This will play a role in that running back’s rushing yards.

It’s the same with game totals. Betting the Over on a quarterback’s passing touchdowns in a game with a total of 40 might not make much sense. This is how you can use these lines to help make player prop bets.