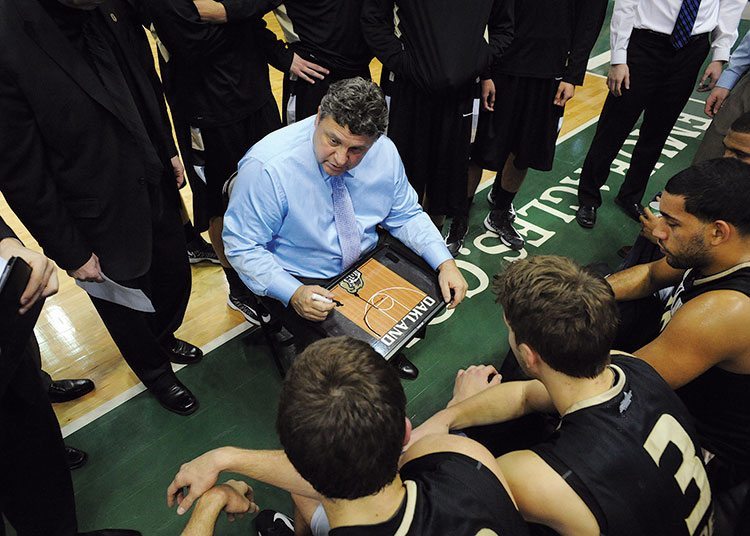 Oakland is 48-9 (.842) in its last 57 home league games and 76-17 (.817) over its last 93 games inside the friendly confines of the O’rena. The Grizzlies are also 3-0 versus the Top 10 Mid-Major programs and 3-2 against the Top 25. One of the reasons for why I am bullish on Oakland this season is head coach Greg Kampe, who always schedules a challenging non-conference schedule. In fact, Oakland played the 18th most difficult non-conference schedule this season according to KenPom.com rankings, including six Power 5 conference foes and four nationally-ranked teams during the non-conference slate.

Specifically, Oakland covered the point spread against Pittsburgh (81-77; 14-point underdogs), Clemson (70-60; 10.5-point underdogs) and Maryland (72-56; 16.5-point underdogs), which indicates that the Grizzlies have successfully outperformed the betting market this season. While the Grizzlies were competing against some of the best teams in college basketball, Cleveland State was taking on the likes of Tiffin, Jacksonville State, Savannah State, Marshall, Western Illinois, Mount Vernon Nazarene and Eastern Illinois. Cleveland State’s resume took a major hit when it lost to Savannah State in an unlined game on November 22!

Oakland also takes the floor with legitimate same-season revenge after dropping a 65-61 affair at Cleveland State on January 8 as eight-point underdogs. The Vikings began that game on a 19-2 run as Oakland missed its first nine shots from the floor and did not score for the first seven minutes of the contest. However, Oakland demonstrated the perseverance and resolve that has defined this team all season by rallying from 18-points down in the first half. In fact, the Golden Grizzlies had three chances in the final 74 seconds to take the lead before suffering a four-point loss.

From a technical standpoint, Oakland is 11-4 ATS as an underdog, 30-14 ATS off three or more consecutive wins and 21-9 ATS following a double-digit conference win. The Grizzlies are also 5-0-1 ATS in their last six home games, 4-0-1 ATS in their last five games versus teams with a winning record and 6-1-1 ATS in their last eight games overall. Finally, Cleveland State is not healthy as guard Andre Yates, a transfer from Creighton who is averaging 6.5 points per game and has 36 steals on the season, recently suffered an ankle injury and has been ruled out for tonight’s game.

Yates was averaging over 20 minutes per game and will be sorely missed by the Vikings because he had become the perfect solution to the loss of sixth man Jon Harris from last year’s team. Vinny Zollo, who transferred from Western Kentucky, was also expected to be a key component off the bench following the loss of Harris, has not panned out to date (3.8 points per game; 35.0% FG; 13:09 minutes per game). Forward Marlin Mason, who is averaging 8.1 points and 4.6 rebounds per game, is dealing with an undisclosed illness and is questionable for tonight’s game. Grab the generous points and invest with confidence.