Georgia Tech Strives for Another Double-Digit Win Campaign in 2015 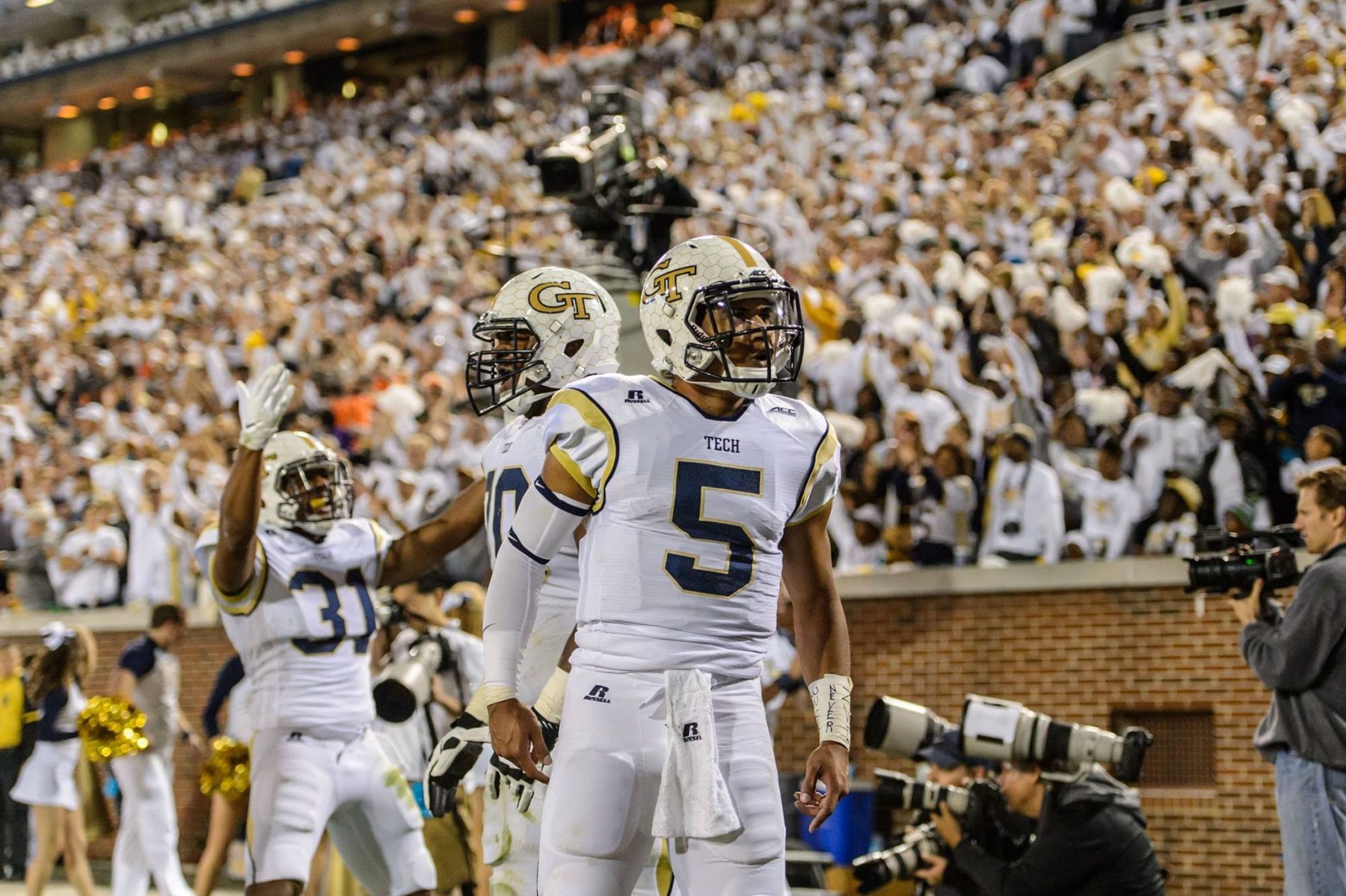 With thirteen returning starters, including dynamic playmaker Justin Thomas, Georgia Tech is a legitimate contender in the ACC Coastal Division.  The wishbone offense is led by Thomas, who was the team’s leading rusher with 1,086 yards at 5.7 yards per rush play.  The junior’s ability to run the option also allowed him to throw for 1,719 yards (51.3%) with an 18-6 ratio.

Georgia Tech’s option attack is predicated upon a solid offensive line, and the Yellow Jackets boast the best line in the ACC this season.  Georgia Tech led the nation with a ridiculous 342 rushing yards per game last season at 6.1 yards per rush play, a record under head coach Paul Johnson during his tenure in Atlanta.

The Yellow Jackets return 72 career starts from last year’s outstanding unit and should have the most productive offensive line in the conference.  The question mark for Johnson’s offense is in the backfield as the Yellow Jackets lose seven of their top eight running backs, including Zach Laskey (7 starts) and Synjyn Days (7 starts).

While Georgia Tech’s offense revolves around an explosive ground game, quarterback Justin Thomas is more than capable of throwing the ball downfield.  The issue becomes who will replace leading receivers De’Andre Smelter and Darren Waller, both of whom were taken in the 2015 NFL Draft.  I expect Michael Summers to be that guy to lead a depleted (talented-wise) wide receiving unit this season.

Defensive coordinator Ted Roof enters the 2015 campaign with an excellent defensive line that returns four of the unit’s top 5 tacklers from last season.  Leading this group is defensive tackle Adam Gotsis and KeSHUN Freeman, who started the last twelve games as a true freshman and finished with 54 tackles and 4.5 sacks.

Georgia Tech’s linebacking unit takes a hit by losing four-year starter Quayshawn Nealy, who was frequently described as the “heart” of the defense.  However, the team’s #1 tackler returns and the Yellow Jackets should finish in the middle of the ACC pack in terms of their group of linebackers.

I expect Georgia Tech’s secondary to have a big year as Roof welcomes back seven of his top 8 performers from last season, including Jamal Golden (4 interceptions last year).  With 85 career starts back, look for opposing teams to have a more difficult time moving the ball through the air against the Yellow Jackets’ stop unit.

Coach Johnson is one of the best in the nation, leading his teams to postseason play in seventeen of his 18 years as a collegiate head coach.  Johnson will secure an eighth consecutive bowl appearance this season as the Yellow Jackets will surprise in the ACC Coastal Division.