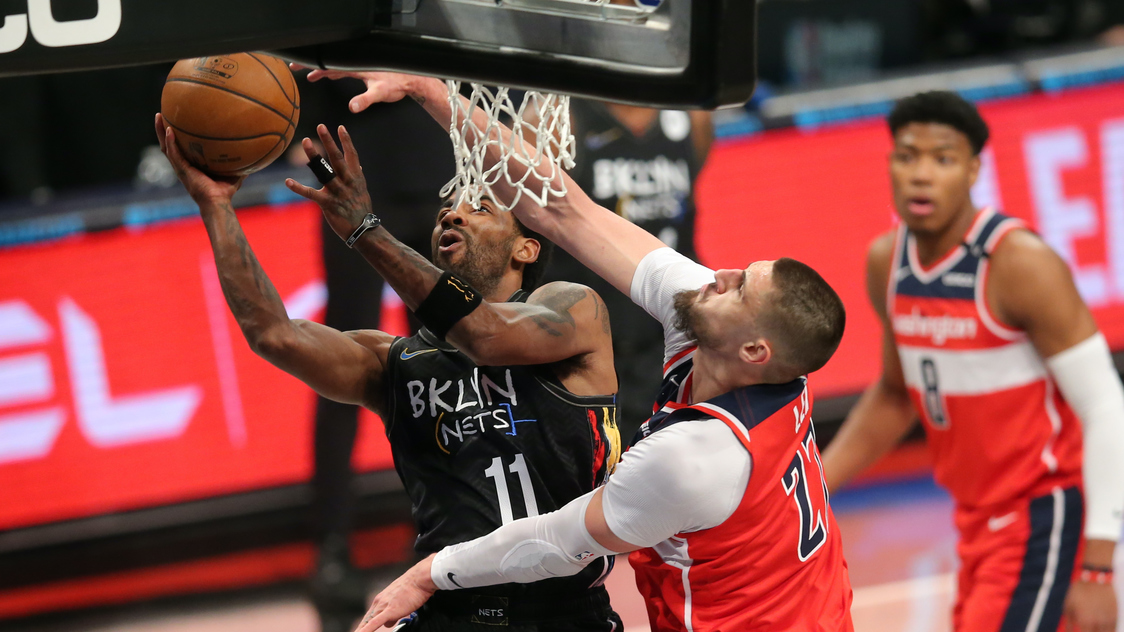 Who would have thought that the Wizards would be off to a 2-0 start and the Nets (1-2) would be struggling to get their second win. It is early, but the Nets have a chance to let the rest of the league know why they are the favorite to win this year’s NBA title.

Kevin Durant is off to a strong start and has looked good in each of the Nets’ three games thus far. Durant is almost averaging a triple-double with 30.5 points, 13 rebounds, and eight assists per game so far. Unfortunately for Durant and the Nets, James Harden is not off to a great start. In a loss to the Hornets in their last game, Harden managed 15 points, eight assists, and seven rebounds. Those are decent numbers for anyone not named James Harden, but Brooklyn is used to more.

It is well known that Nets point guard Kyrie Irving is out for now. Irving has issues with the league’s COVID vaccination policy and will remain out of the lineup for now. That is creating some problems for Brooklyn as evidenced by their two losses in three games.

The Wizards dumped Russell Westbrook after last season and seem to be better for it. Washington won its first two games over Toronto and Indiana and won both without the Wizards’ best player, Bradley Beal.

Beal is expected to play tonight. That means a 30-plus-point scorer is injected into a lineup that has Spencer Dinwiddie and Kyle Kuzma playing at high levels. Dinwiddie had 34 points and nine assists in the win over Indiana. Kuzma added 26 points and 11 rebounds. The big question with Washington is on defense. They did give up 134 points to Indiana, which is not known for its scoring prowess.

Regardless of the Wizards’ defense, Washington continues to give itself a chance to cover spreads. They have been very impressive over their 30 or so games. Washington has covered the spread in 10 of its last 14 games and going back to their last 31 games the Wizards have covered 22 times. Tonight, the Wizards are a 7-point underdog.

In terms of defense, the Nets have given up at 111 points in each of their first three games. That’s sort of par for the course with Brooklyn as the team’s strategy is to push the tempo and score. Up-tempo offensive teams will give up more points simply because their opponents will get more possessions per game.

Don’t forget that Washington gave up the most points per game in the NBA last season (118.8). As a result, Wizards games have trended to the Over. The total has gone Over in four of their last five games and that is also the case in their last five Eastern Conference games.

When Brooklyn plays at home against teams with winning records, the trend is for the total to go Over. That has occurred in seven of the last eight such games for the Nets.