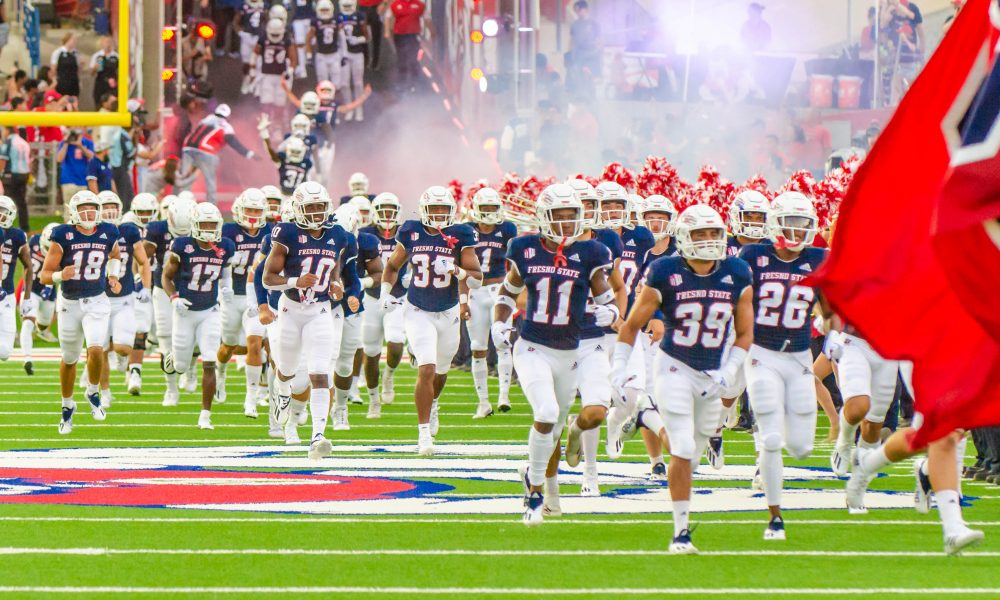 A struggling UNLV gets its third straight Top 25 opponent on Friday night. For good measure, the Rebels have to travel to Fresno State to take on the 22nd-ranked Bulldogs. Last week, Fresno State and QB Jake Haener rallied to a huge win over a ranked UCLA team.

If there were ever two opposites playing each other in a college football game, this matchup would be front and center. As good as Fresno State (3-1) has been in 2021, that’s how bad UNLV (0-3) is. The Rebels offense averages 209 yards of offense per game. QB Doug Brumfield was a pretty good high school quarterback in California. Through three games he has a total of 177 passing yards. UNLV averages just 100.3 passing yards per game.

Then, there’s the defense. The Rebels are giving up 476 yards per game. That has led to allowing 40 points per game. You can’t win many games when you give up six touchdowns per. You definitely can’t win when you’re offense only averages 15.3 points a game.

UNLV was actually competitive in their first game of the season. That was against FCS opponent Eastern Washington. The Rebels actually scored 33 points. The only issue was that EWU scored 35 and UNLV lost in double overtime.

In looking at Fresno State, everything UNLV does poorly the Bulldogs excel. Haener has been outstanding with 1,464 passing yards and 10 touchdowns already. He also completes over 73 percent of his passes. The offense averages 537.8 yards of total offense and scores 43 points a game.

Flip it over to the defense and that unit has been just as good. The Bulldogs defense has allowed 19.5 points per game and just 283.5 total yards. The run defense gives up just 97 yards a game. There should be no issues in defending an offense such as UNLV’s.

Historically, Fresno State has won the last three games against UNLV. The Bulldogs have won those games by an average score of 48-19. Fresno State covered the spread in each of those three games. They are also 4-0 ATS in their last four games. One of those was their 31-24 loss to No. 3 Oregon. The Bulldogs played an excellent game as 19.5-point underdogs.

Reaching tonight’s total will depend on UNLV. The last two games in this series have produced 67 and 83 points. Six of UNLV’s last nine games have gone Under the total. The Over has hit in four of Fresno State’s last six games.