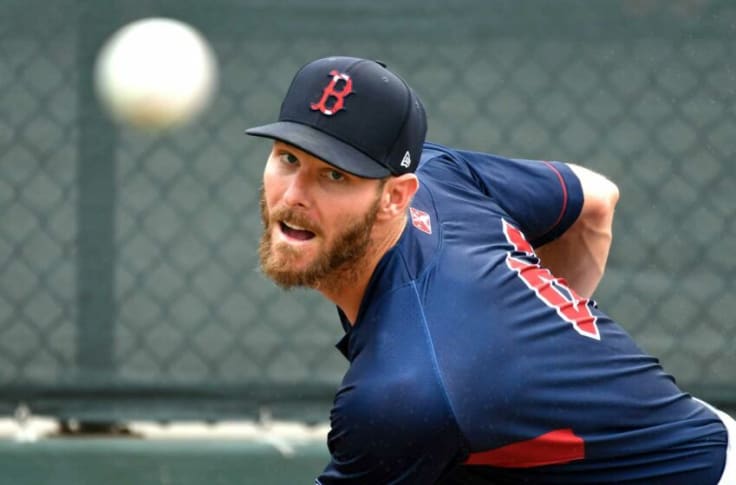 The Twins pulled off an upset of the Red Sox last night winning 9-6 in 10 innings. Tonight, Minnesota will start John Gant marking his second start as a Twin. He will likely only pitch two to three innings before giving way to the Twins bullpen. Gant hasn’t done anything impressive in Minnesota just yet. In 12 innings so far, he has posted a 6.00 ERA. That’s mainly due to allowing seven earned runs in his last 6.1 innings on the hill.

Once Gant exits, the Twins are probably in big trouble. Minnesota’s bullpen ERA is 25th in MLB at 4.79. Boston has one of the better lineups in baseball. They are fifth in runs per game (5.02) and third in OPS (.771). Over the past 15 days, that OPS is .897, the best mark in MLB. It’s also worth noting Boston’s OPS at home – .810 which is the second-highest among all American League teams.

The Twins pitching matchup against Boston’s lineup is one reason why the Red Sox are such a huge favorite tonight. The other reason is Chris Sale. The Red Sox right-hander will be making his third start of the season after returning from injury. Sale has won both of his starts thus far pitching a total of 10 innings and allowing just two earned runs. He has struck out 13 and walked just one.

Sale is one of the elite pitchers in the game and he will face a Minnesota lineup that has struggled since it dealt away DH Nelson Cruz. The Twins tend to rely on the home run a bit too much too. They are actually fourth in MLB in homers.

Jorge Polanco leads the Twins with 24 and Miguel Sano has 22. The issue Minnesota will have tonight is that Sale isn’t going to hang many pitches out over the middle of the plate. He should be able to limit the Twins offense tonight.

The funny thing is that even though Fenway Park is very hitter-friendly the Under has actually hit more often. Boston trends to the Under (67-58-3) for the season and at home, the Under is 33-31-2. In the last ten meetings between Boston and Minnesota played at Fenway Park, the Under is 8-2. With Sale pitching for Boston, the Under might make more sense.

Boston is 7-6 straight up in its last 13 games. In all seven of those victories, the Red Sox won by multiple runs. Boston to cover -1.5 at -145 is also a strong play with Sale and the strength of Boston’s offense.