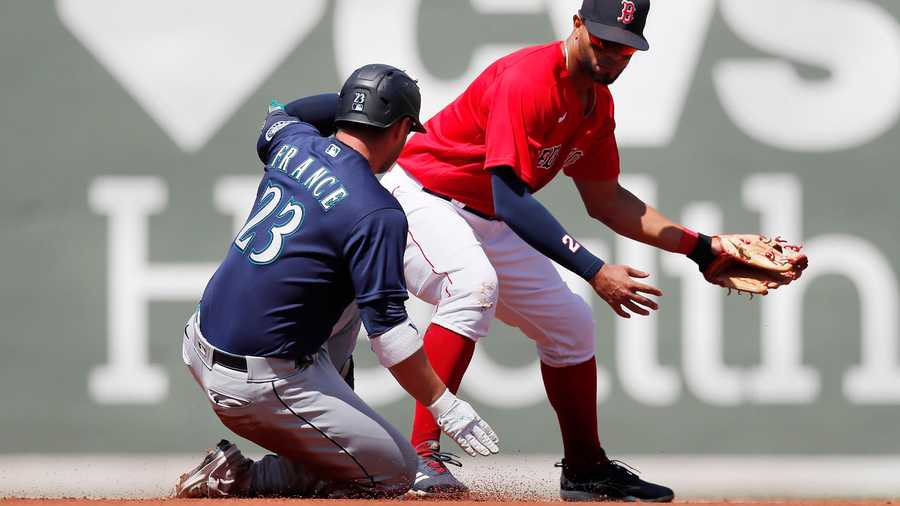 Neither Boston nor Seattle could have known that this mid-September three-game series would mean so much in the AL wild-card race. The two teams split the first two games and both desperately need a win as they try and stay alive in the fight for a playoff berth. Neither team has really shown they want that playoff spot with their recent performances. Seattle has lost three of its last four games and Boston had lost three of four before beating the Mariners 8-4 yesterday.

That said, Boston starting right-hander Tanner Houck doesn’t instill the type of confidence that a playoff-bound team needs. Houck hasn’t won a game all season. He is 0-4 but his ERA is a respectable 3.54. He was chased out of his last start after 3.2 innings after giving up three earned runs in a loss to the White Sox. But, in his previous start, he pitched five scoreless innings and struck out seven in a win over Cleveland.

For Houck, a win today will come down to two things – giving up long balls and free passes. When pitching away from Fenway Park, Houck gives up too many walks and too many homers. If he can keep those to a minimum, the Red Sox can stay in this game long enough to have a chance to win.

Houck will be pitching to one of the weaker hitting lineups in all of baseball. That the Mariners have a winning record is an achievement in itself. Seattle has the worst team batting average in the majors at .223. The Mariners OPS is .682 which ranks 27th in MLB and Seattle scores 4.26 runs per game.

That ranks 22nd in the majors. Also of note is the Mariners’ run differential. They have actually been outscored by 56 runs this season, the worst of any MLB team that has a winning record.

Seattle will have the pitching advantage heading into today’s game as they start Marco Gonzalez. The Mariners left-hander has been on fire in the second half of the season. Gonzalez record for the season is 8-5 and he has a 3.95 ERA. He has won his last six decisions in a row. Seattle is 8-3 in his last 11 starts. Gonzalez has not faced the Red Sox this season.

Boston continues to be one of the best offensive teams in the majors. They are tied for fourth in MLB in runs per game (5.05). The Red Sox team batting average (.260) and OPS (.774) rank third. It won’t be easy for Gonzalez, but like Houck, he should be able to keep Seattle in the game long enough to have a chance to win.

With Seattle’s scoring woes, it’s hard to believe the total has gone Over in 11 straight games. Today’s total is 8.5, which was the total in six of those 11 games. Boston’s lineup has the potential to go off at any time, especially against an inexperienced pitcher like Houck.