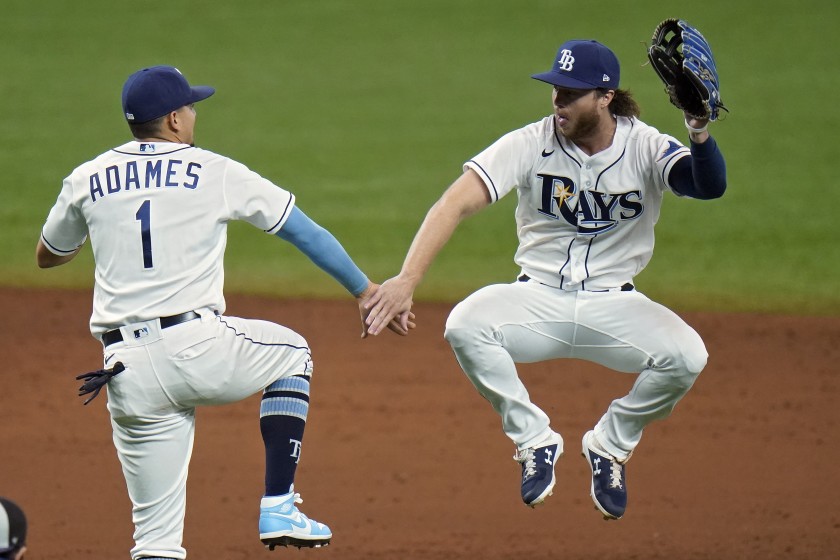 With the win, Toronto has now won nine of its last ten games. The Blue Jays have moved into second place in the AL East passing both New York and Boston. Toronto now holds the No. 1 wild card spot in the American League. The Jays can help themselves again tonight as they put Jose Berrios on the mound against Tampa Bay’s Drew Rasmussen.

Berrios has been outstanding since coming over to Toronto at the trade deadline from Minnesota. He is 4-2 thus far with a 3.63 ERA in 44.2 innings of work. Including his time with the Twins, Berrios is 11-7 with a 3.52 ERA for the season. He has been very good recently allowing just five earned runs in his last 20.1 innings.

What is interesting about Berrios is that he actually gets better as he continues to face hitters later in games. Batting against Berrios, hitters have a .250 batting average in their first at-bat. That average drops to .215 on the second plate appearance and is just .218 on the third. Berrios’ last three starts are indicative of how dominant he can be. He pitched at least 6.2 innings, gave up just five runs, and struck out 26 batters. The Blue Jays won all three games.

Now, the Rays will start Rasmussen, who is another one of Tampa’s reliever-to-starter stories. After being traded from Milwaukee, Rasmussen has turned into a solid starter. With the Brewers, he had a 4.24 ERA coming out of the bullpen. With the Rays, the right-hander has not allowed more than one run in his last six starts. His ERA with Tampa Bay is just 2.33 and opposing hitters are batting at a .188 clip against him.

With two pitchers that have the ability to shut down the opponent tonight, it’s interesting to see the game total posted at 9. However, last night’s total was also 9 with Alek Manoah going up against Collin McHugh. Manoah pitched eight scoreless innings before Trevor Richards gave up a ninth-inning home run that set the final score at 8-1. The homer was Tampa Bay’s second hit of the night.

In the last five games that Berrios has started at home, the Under is 4-1. Both Toronto’s and Tampa Bay’s bullpens have been solid over the last month. The Rays bullpen is seventh and the Blue Jays is 10th in bullpen ERA over the last 30 days. Tampa Bay’s relievers have been outstanding all season and have the fourth-best overall bullpen ERA (3.40). Only the Giants, Dodgers, and Padres are better.