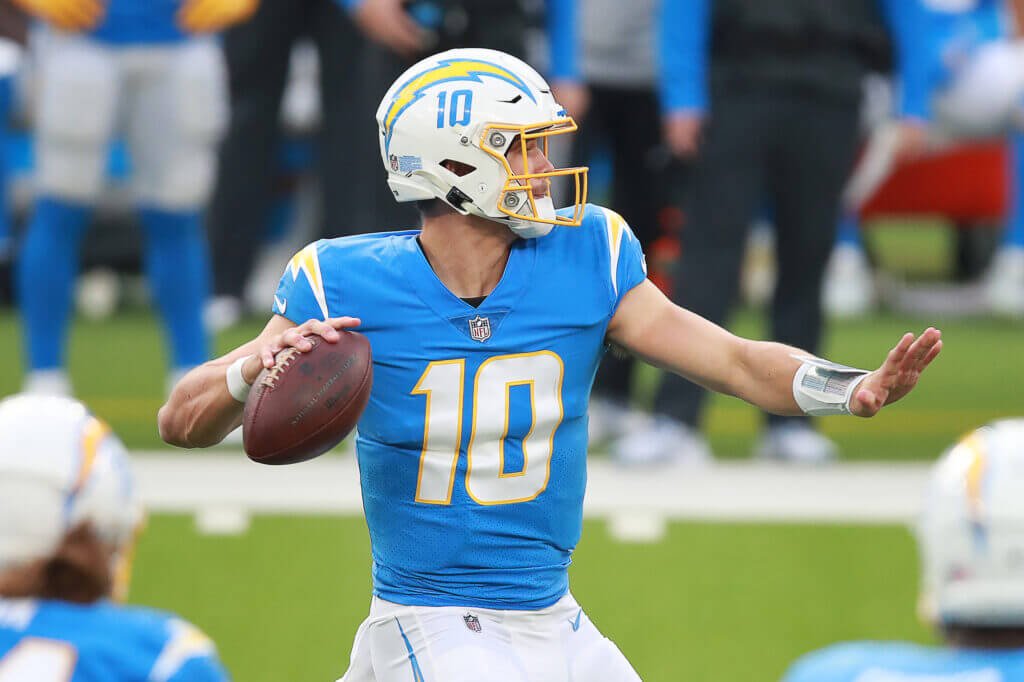 An AFC West Raiders-Chargers matchup on a Monday night finally means something. Las Vegas is unbeaten at 3-0 and the Chargers are a 56-yard field goal away from, well, possibly being unbeaten. Both teams have offenses that are exciting to watch. The Raiders Derek Carr leads the league in passing yards and the Chargers Justin Herbert is a rising star in the league.

Through the first three weeks of the season, Herbert ranks fourth in the league in passing with 956 yards. Carr is first completing 64.7 percent of his passes for 1,203 yards. Twice he has thrown for more than 380 yards. Carr has thrown six touchdown passes and the Raiders remain unbeaten.

With these two quarterbacks and the talent that surrounds them, what fans can likely expect at SoFi Stadium is plenty of offense. It’s the scenario that the public loves – a primetime game featuring two powerful offenses. The total for tonight’s game is now at 51.5 giving an indication of just how good these two offenses are.

The total shouldn’t be a surprise. The Raiders and Chargers played two games last and both games resulted in final scores that totaled 57. The funny thing is that all three Chargers games this season have gone Under the total. The Under is actually 4-1 in LA’s last five games and 4-1 in the Chargers’ last five home games.

A big problem for the Raiders will be slowing down the likes of Herbert and wide receivers Keenan Allen and Mike Williams. The Chargers only scored 20 points against Washington but should have had more. In the loss to Dallas, LA managed just 17 but had more than one touchdown called back because of penalties. Then, consider that the Chargers put up 30 on Kansas City in last week’s win.

The same could be said for the Chargers though, who gave up 24 to the Chiefs. Kansas City had two turnovers deep in Chargers territory or otherwise the Chiefs may have scored 40-plus and won. The Chargers are talented on defense, but they have shown they can be beaten. Plus, they could be short-handed.

Safety Derwin James Jr. was questionable earlier in the week, but he has been removed from the injury report. CB Chris Harris and DE Justin Jones are listed as questionable and head coach Brandon Staley is hopeful both will be ready to play tonight.

The Raiders covered the spread in three of the last four games against the Chargers. The one game they did not cover in was last year’s game at Allegiant Stadium. Las Vegas was a 3-point home favorite. On the road last year at SoFi Stadium, the Raiders came away with a 31-26 victory as a 1-point road favorite.

For the Raiders, RB Josh Jacobs is listed as questionable which could affect the running game. Carr still has plenty of weapons in TE Darren Waller (20 receptions) and WR Henry Ruggs III who is averaging 21.5 yards per catch.