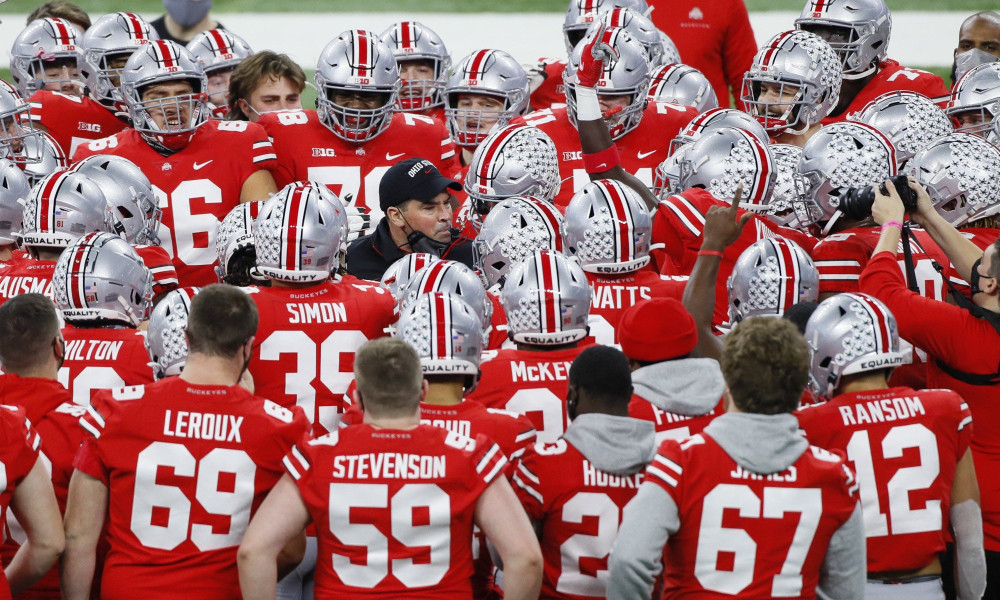 Ohio State kicks off its 2021 season with a Big Ten road game traveling to Minnesota for the first time since 2014. The last time OSU played in Minneapolis, it was in a driving snowstorm. Tonight’s weather will be much nicer which will serve Ohio State head coach Ryan Day just fine. He’ll be breaking in a new quarterback, of course, and tonight’s conditions should serve new Buckeyes signal-caller C.J. Stroud just fine.

Stroud takes over for Justin Fields, now of the Chicago Bears. Stroud won the job by beating out Jack Miller and freshman Kyle McCord. The California product takes over the reins of one of the more prolific offenses in college football. Ohio State averaged 519.4 yards per game (7th) and 41 points (11th) last season. It may take some time, but the weapons are there to do the same in 2021.

While the quarterback situation gets most of the attention in Columbus, there should be more talk about the wide receiver corps. Ohio State returns two of the best receivers in the country in Chris Olave (50-729-7 TDs) and Garrett Wilson (43-723-6). Both have outstanding speed and can turn passes in the quick game into big plays. Ohio State also returns RB Master Teague who ran for 514 yards and eight touchdowns in 2021.

While Buckeye’s offense is loaded with talent, Minnesota’s defense is experienced. That may be a good thing, though it may not. In 2020, the Gophers defense gave up over 200 rushing yards per game and over 30 points. For head coach P.J. Fleck, it was disappointing and the defense was one of the big reasons why Minnesota finished 3-4 after going 11-2 in 2019.

Fleck and the Gophers will have the advantage of playing at home where the offense tends to perform better. The total has gone Over in four of the last five Minnesota home games. Fleck returns 10 starters on offense including fourth-year starting quarterback Tanner Morgan. Morgan owns most of Minnesota’s passing records and he’ll add to them in 2021. What he will miss is WR Rashod Bateman who is now in the NFL.

The Gophers offense could also be missing Chris Autman-Bell, who has had at least one reception in 27 straight games. Autman-Bell was injured in camp and his status is unknown for tonight’s game. A big plus is the return of RB Mohamed Ibrahim who has two 1,000-yard rushing seasons to his name. He’ll have a tough go against a solid Ohio State run defense. The Buckeyes pass defense could be suspect. Last year, Ohio State had the worst pass defense in the Big Ten allowing 304 yards per game.

Ohio State has beaten Minnesota in 11 straight games and the Gophers are 0-for-7 against the Buckeyes in the last seven games at home. The Gophers have played well as an underdog more recently covering the spread in 10 of their last 14 as the dog. Minnesota is also 4-1 ATS in its last five games. The Over has hit in five straight Ohio State season openers.