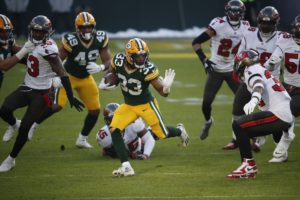 The professional handicappers at Oskeim Sports have the winning information you need before betting on Sunday’s NFL games.  Oskeim’s NFL game previews and Betting Market Report gives you the winning edge.

Analysis: Indianapolis enters off a disappointing 24-0 loss to Jacksonville but since 2003, NFL teams entering off a shutout loss (and playing with regular rest) are 50-27 ATS, covering the spread by an average of +2.07 points per game.  This situation is 20-4-1 ATS since the beginning of the 2015 regular season.  NFL home underdogs coming off a shutout loss are 12-2-1 ATS, including a perfect 10-0 ATS versus .466 or greater opposition.

The NFL is a contrarian league as evidenced by the fact that 0-2 ATS teams like Indianapolis are 83-78 SU and 96-65-1 ATS in Week Three affairs versus opponents that have covered the spread in one or more games since 1983.  Kansas City is in a classic look-ahead spot with Tampa Bay on deck and the Chiefs are 1-5 ATS in their last six AFC South clashes.  In contrast, the Colts are 6-1 ATS in their last seven games off a divisional road affair.  Let’s also note that Indianapolis quarterback Matt Ryan is 11-5 SU and ATS versus AFC West foes, including 5-1 SU and 6-0 ATS as an underdog.

Indianapolis was a three-point favorite in last week’s loss, which is significant in that the Colts are 16-7 SU and 19-3-1 ATS in games with a total of more than 37 points following a contest in which they failed to cover the spread by at least seven points since December 27, 2015.  Negative variance has been a factor in the Colts’ slow start to the 2022-23 campaign.  Indianapolis has converted just 32.0% of its third downs through two weeks, which is No. 23 in the NFL.

According to head coach Frank Reich, Indianapolis wide receiver Michael Pittman Jr., who missed last week’s game against the Jaguars, is “ready to go” on Sunday.  Fellow wide receiver Alec Pierce, who suffered a concussion in Week One and did not play last week, cleared the league’s concussion protocol on Thursday and is expected to be on the field for Matt Ryan.

Indianapolis possesses a very good run defense that currently ranks No. 2 in DVOA and 11th in run stop win rate.  Finally, in two career games against the Colts, Kansas City quarterback Patrick Mahomes has one touchdown pass, eight sacks and a QBR of 56.3.  With home underdogs standing at 8-5-1 ATS this season, grab the points with the Colts and invest with confidence.

Green Bay is 33-18 ATS under head coach Matt LaFleur, the best mark in the NFL over that span.  The Packers are also 9-3 ATS as underdogs under LaFleur, including 4-1 ATS since the start of last season.  Take Green Bay and invest with confidence.