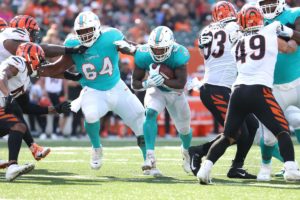 The Miami Dolphins followed up their amazing comeback victory against the Baltimore Ravens with an even more amazing triumph over the Super Bowl-favored Buffalo Bills. The Bengals are a 3.5-point favorite when the 3-0 Fins visit them on Thursday night. After starting the year 0-2 overall, the Bengals overcame the Jets in Week 3 to earn their first victory of the year.

Nobody knew what to think of the Dolphins after their incredible comeback victory over the Ravens in Week 2. The rest of the NFL should take note. The Dolphins will take New England’s place in the top two of the AFC East and are a serious postseason candidate.

Miami’s defense was crucial to its victory on Sunday. The Dolphins held the powerful Bills offense to just five points after halftime, allowing them to hold on for a 21-19 victory. The Dolphins harassed Bills QB Josh Allen and he was sacked four times. Allen was sacked three times in the season’s first two games. The Bills fumbled deep in their own territory after an Allen sack. That paved the way for Chase Edmonds’ first of the day’s two rushing touchdowns.

Tua Tagovailoa, the quarterback for Miami, completed 13-of-18 throws for 186 yards and a touchdown against Buffalo. The Dolphins actually had a scare when Tagovailoa had to leave the game because he wasn’t particularly impressive. Tagovailoa was forced to leave the game just before the break after Matt Milano’s push to the ground caused his head to bounce off the turf. The Dolphins quarterback was examined for a concussion, but he continued to play.

Tua appeared to wobble after getting up, which may have shocked some people when he made a comeback in the second half. After the play, he struggled to stand up on his own and needed his teammates’ assistance. It was unclear if the Dolphins quarterback would be ready to play tonight, but he is now listed as probable on the Miami injury report.

The Bengals defeated the New York Jets 27-12 to get their first victory of the season. Bengals QB Joe Burrow had his best game of the year thus far, completing 23-of-36 passes for 275 yards and three touchdowns. After throwing four interceptions in Week 1, Burrow has gone two games without throwing one.

After struggling tremendously for the first two weeks, the new improved Bengals offensive line found its footing and held the Jets to only two sacks. Burrow had been sacked 13 times in the team’s first two games of the season.

Due to their slow offensive start, the Bengals’ defense hasn’t received much notice, but they were strong once more on Sunday, sacking Joe Flacco four times and intercepting him twice. The Bengals have allowed just 17.3 points per game during the first three weeks.